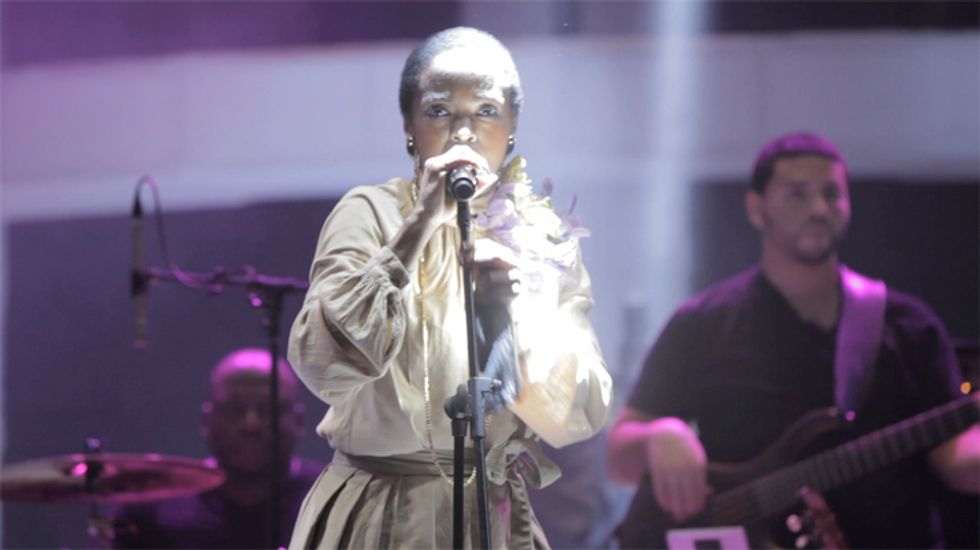 Okayafrica TV follows Lauryn Hill during her first ever concert in Nigeria and visit to Fela Kuti's New Afrika Shrine.

Okayafrica TV was there to capture Ms. Hill's electrifying performance, which saw her running through Miseducation staples and Fugees classics alongside a 20-man band. During her stay, Lauryn Hill also paid her respects to Fela Kuti at the New Afrika Shrine, where she was accompanied by Seun Kuti, Kunle Kuti, her daughter Sarah Marley and Fela! cast member Shakira Marshall.