Les Coiffeurs De Goma: "If You Want Your Hair Done Properly, You Go To A Man." 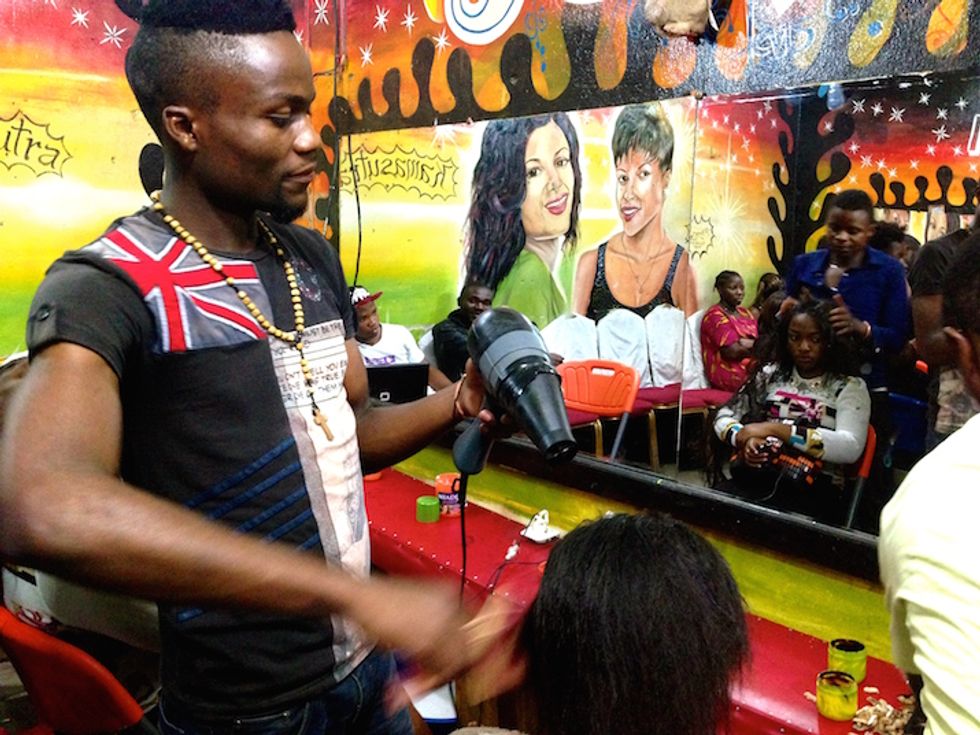 In Goma in the eastern Democratic Republic of the Congo, the city's hair salons are dominated by a group of men called les coiffeurs du Goma.

In Black America, salons have historically been a meeting place for women to catch up on news, gossip and advice. Not so on a corner in the city of Goma in the eastern Democratic Republic of the Congo. In Salon Jordan, it's the male hairstylists that dominate as female hair braiders and their clients sit outside.

”I’ve had this dream since I was a kid,” Assumani Muhima, 22, tells me about hair styling as he washes a customer’s hair inside Salon Jordan. Other coiffeurs from Goma, such as Tonton Blaise, 24, used doing hair as a way of avoiding a troubled life. Says Blaise, “I saw hair as my escape from getting wrapped up in gang life.”

Pragmatic reasons have also led some of Goma's male hairstylists to salon work: there’s simply more money in doing women’s hair. And some of les hommes even teased about styling hair better than women. Sitting in a bright orange chair in Salon Jordan, a customer with an asymmetrical bob and red streaks agreed. “Around here, if you want your hair done properly, you go to a man.”

Check out les coiffeurs de Goma in action in the gallery above.

Roxanne L. Scott is a freelance reporter based in Queens, NY. She’s done work for places like the BBC, NPR and Voices of NY. Follow her on Twitter @whosworld.