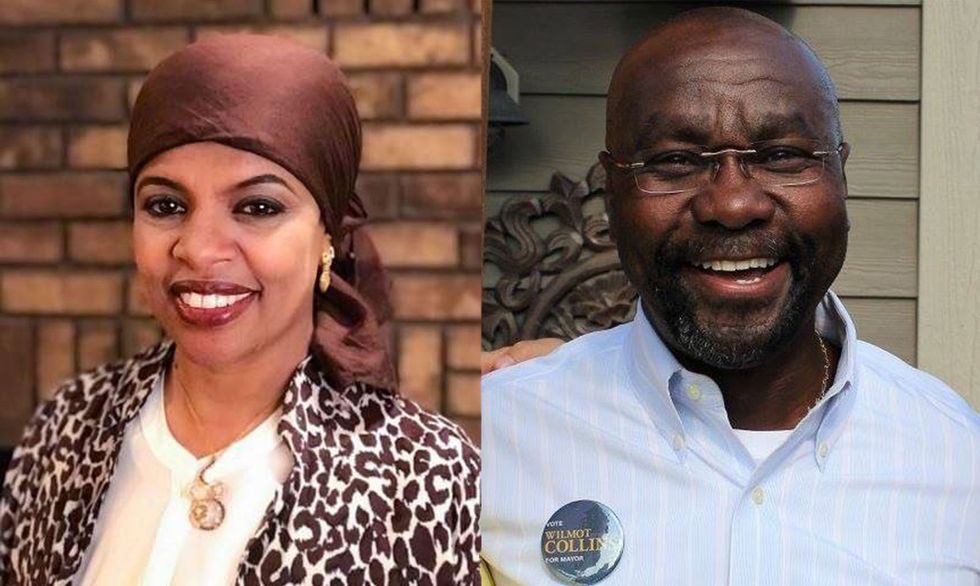 Wilmot Collins, and Mazhir Salih made history on Tuesday after winning public office in Montana and Iowa, respectively.

Wilmot Collins, a 54 child-protection specialist, who arrived in the United States from 23 years ago as a refugee from Liberia was elected mayor of Helena, Montana on Tuesday. According to the Huffington Post, Collins is the state's first black mayor.

Despite Montana being a largely conservative state with a history of contentious laws relating to refugee populations, Collins managed to win while running on a progressive platform which focused on issues like teen and veteran homelessness, and working towards securing access to clean water, reports The Root.

In an interview with PRI from last year, the newly elected mayor, spoke about the racial discrimination he faced in his early years in the city, which is 93 percent white—his house was once vandalized and marked with the words "KKK" and "Go Back To Africa—and shared how he was able to overcome such obstacles, help open minds, and leave a lasting impact on the community.

"I think the people of Montana are very accepting and welcoming, but the problems we have is that without information, we tend to stick to what we hear. That is, if we do not educate the public on what refugees are about, they will stick to whatever bigotry they hear."

Sudanese newcomer, Mazhir Salih won a council seat in Iowa City, and is believed to be the first Sudanese woman to hold public office in the country, and the first Muslim woman to serve on the Iowa City Council.