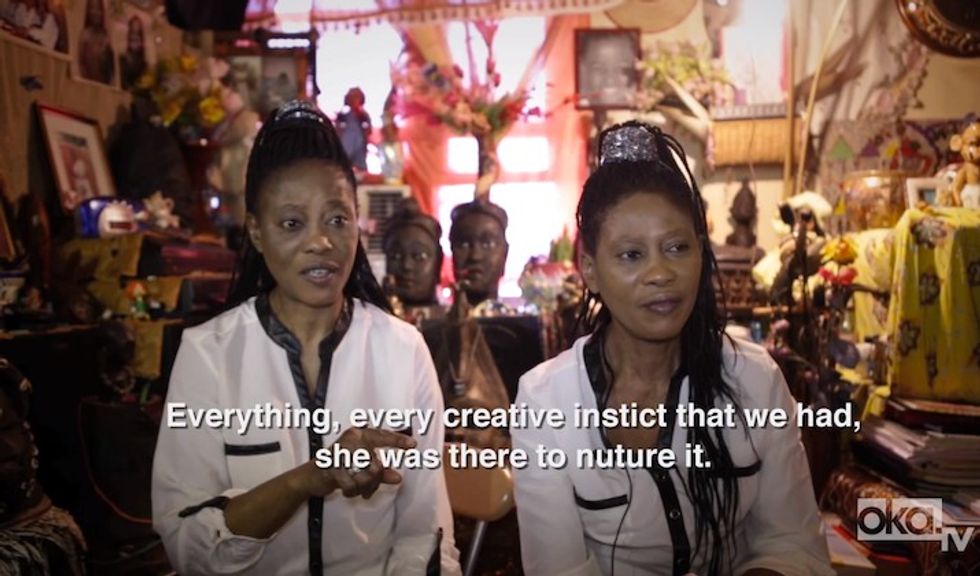 We had no idea what we were in for when we met up with the Lijadu Sisters at their home in the Bronx. We thought we'd be interviewing the twin Nigerian songstresses about their rise to fame in the groovy 70's (alongside their cousin, Fela Kuti). We didn't realize that we'd actually climbed the proverbial mountain, and had encountered at the top a two-headed, four-armed, twin oracle dispensing endless wisdom. In each “Lijadu Lesson," identical twins Taiwo and Kehinde confer their mystical intelligence to enrich the world's seekers.

In Parts III and IV of the eight part series on Okayafrica TV, the sisters bring us mystical thoughts on the guiding influence of their mother, writing timeless songs, and responding to adversity.