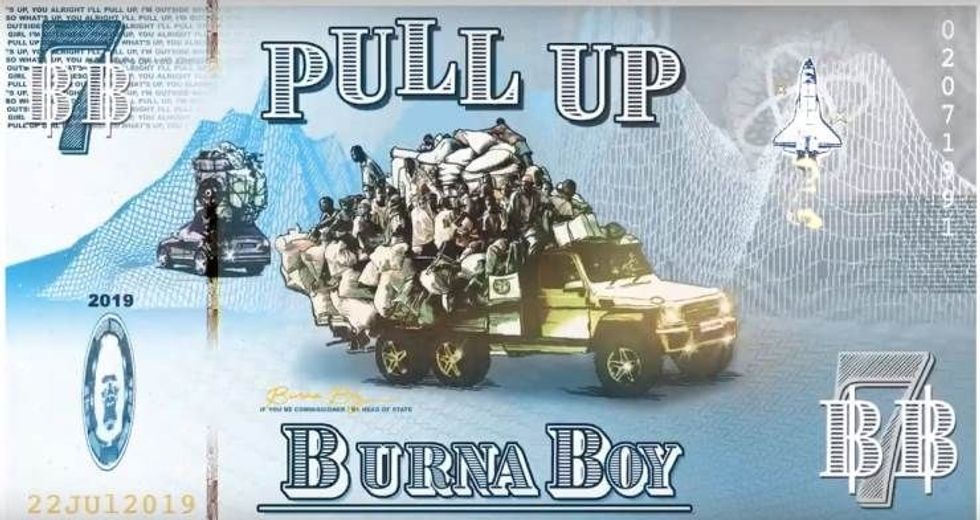 Burna Boy comes through with more heat ahead of the release of "African Giant."

As promised, Burna Boy has dropped a new single ahead of the release of his forthcoming album African Giant.

On "Pull Up," which premiered earlier today on Beats1, according to Hot New Hip Hop, the artist sings about a girl he can't stop thinking about over mid tempo production. "What's up? You alright? Pull up, I'm outside," he sings melodically atop scattered strings and percussion.

The song's chill vibe is a clear contrast from his previous single, the fiery "Anybody," but it's equally enjoyable, proving once again, that the artist is one of the most versatile on the scene.

Burna Boy recently appeared on Beyoncé'sThe Lion King: The Gift album, as the only artist besides Bey herself with a solo track. If you haven't given "Ja ara e" a listen yet, you should probably change that.

If "Pull Up" is any indication on what we can expect from the album—let's just say we're pretty excited. Listen to the track below. African Giant drops July 26.