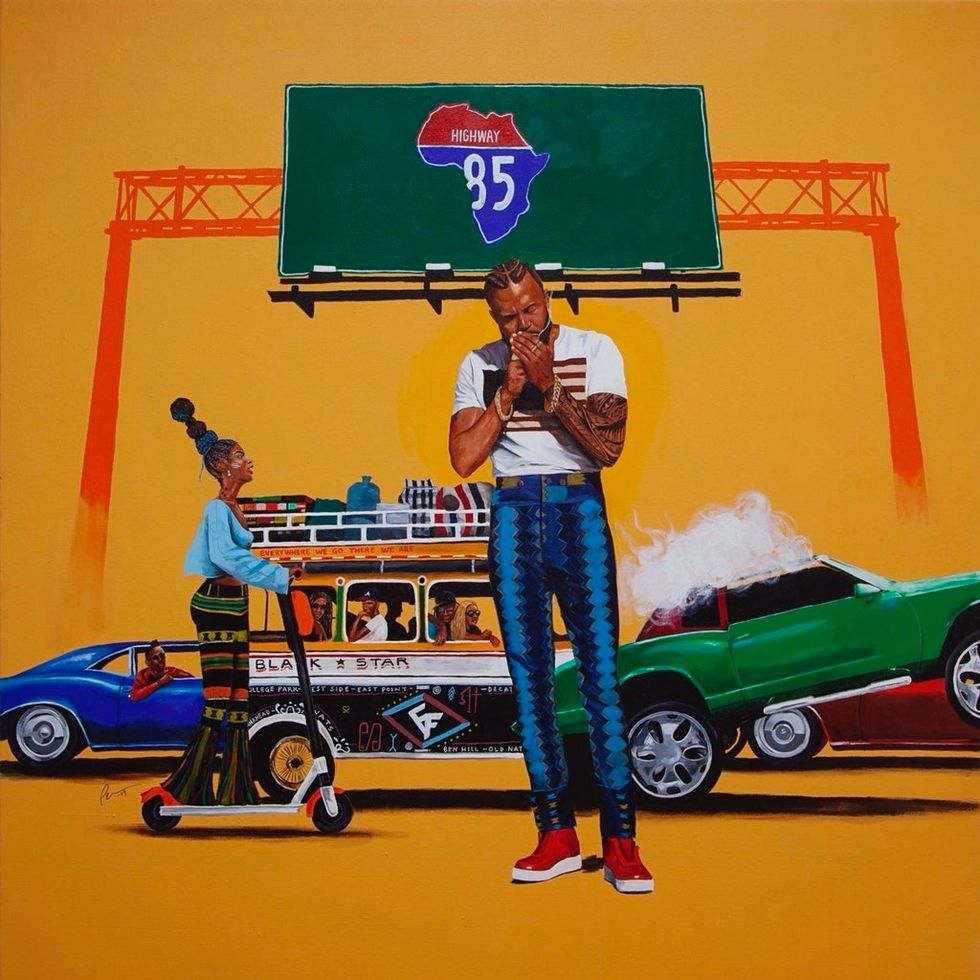 Plus watch the music video for his latest single "Worth the Weight" featuring Seun Kuti.

It's been two years since Jidenna dropped his debut album, The Chief, today, the artist shares his latest studio album 85 to Africa.

In the lead-up to the album's release, the artist dropped the singles "Tribe," "Sufi Woman" "Sou Sou," and "Zodi" featuring fellow Nigerian artist Mr Eazi. He also held several listening parties across the US ahead of its release, and from what we can tell from videos that have been circulating on social media—they've been a really great time for both Jidenna and his fans.

The 11-track album also boasts features from Seun Kuti, who appears on the opening track "Worth the Weight." American rapper Goldlink on the hip hop-leaning "Babouche," as well as St. Beauty and Mereba, who both appear on the album's final track "The Other Half."

The artist has also dropped the music video for the politically-charged track "Worth the Weight," directed by Wesley Isaías Walker. Check it out below.

With 85 to Africa, the artist wanted to share a message of unity across the African diaspora. The title refers to the interstate-85 which goes directly to the airport where people can take direct flights to African cities like Johannesburg and Lagos. "The idea was having a highway across the Atlantic Ocean," said the artist in an interview with LA's Real 92.3. "it's important for the diaspora to reach back and connect," adding that the album is like a musical roadtrip, meant to take listeners on a cross-genre sonic journey as they move through it.

Listen to 85 to Africa below. You can head to Okay Shop now to pre-order the album on vinyl.