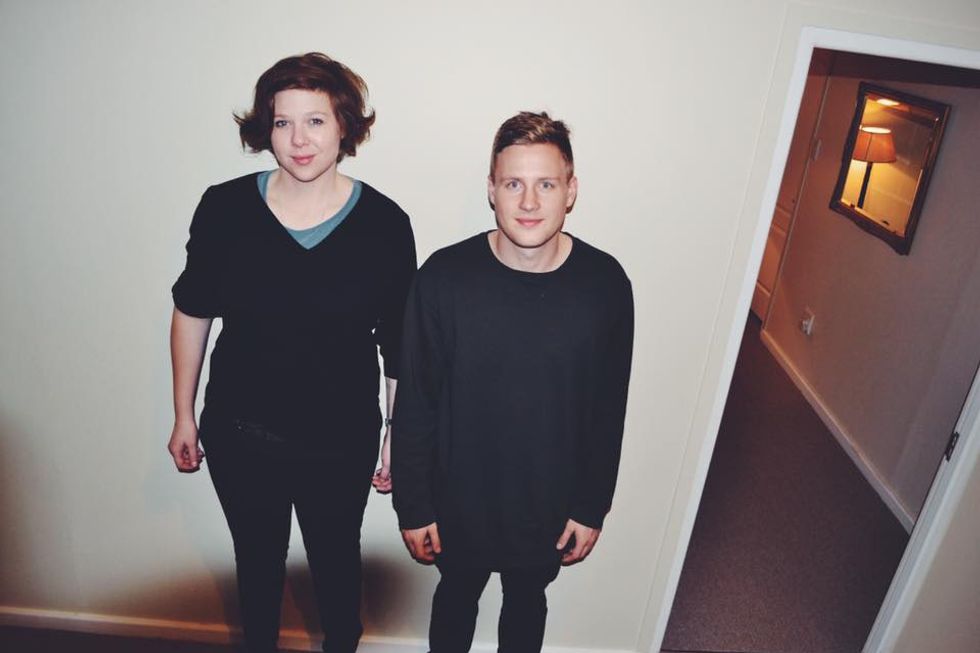 Alternative pop music has long been a stronghold in the fight for queer positivity. The “patron saint of strange gay boys everywhere” (to borrow from Pitchfork’s Alex Frank) is of course David Bowie. “There are few figures, at least in the influential world of pop culture, that I’d give more credit to for expanding the boundaries of what we think of as beautiful,” Frank recently wrote.

Bowie’s ‘queer power’ legacy is very much alive today, perhaps nowhere more visibly than in the world of electro-pop. Christine and the Queens, Shura and Years & Years are a few of the most prominent Stardust disciples bringing queer to the mainstream.

Indeed, it’s a beautiful time to be an alt and electro-pop fan.

In South Africa, the likes of FAKA, Angel-Ho and Umlilo are all redefining notions of gender and sexuality in the country's more underground spaces, while Nakhane Touré and Toya Delazy are perhaps the most high-profile musicians adding queer narratives to the national conversation. The late diva Brenda Fassie has long been remembered as an icon of LGBTQ Africa.

But as Okayafrica’s Zanta Nkumanerecently pointed out, gay representation is still few and far between in South African media. Just last week, Nickelodeon’s first gay couple in an animated TV series was censored from showing in SA.

More queer voices in arts and entertainment have always been needed; and that remains true today.

Cape Town alt-pop newcomers Lo-ghost (formerly Lindiwe the Ghost) are the most recent act contributing to queer narratives in local music. The duo of Evan Strauss and Shannon Devy arrived on the scene last week with a gorgeous debut music video.

Their arrival did however come with some confusion, as some wondered what two white musicians are doing calling themselves by a historically Zulu name. Platform’s Ian McNairpredicted the group would need to address issues of appropriative identity. McNair was right.

"Lindiwe the Ghost references someone specific to us, and this name, over time, has morphed into more than what it originally signified," the group tweeted yesterday. "In releasing ['Ghost in a Blood Machine'], it became clear that we won't always have the opportunity to explain & it may be received in a way we're not comfortable... Our intentions, although purposed to honour, do not determine how it moves through the world and what it does along the way... We are not okay with this, so we’re changing it." And thus, as of Monday, the duo formerly known as Lindiwe the Ghost is now Lo-ghost.

Directed by Georgina Warner, their music video, “Ghost in a Blood Machine,” portrays two dancers––choreographer Chester Martinez and Devon Marshbank––beautifully moving about a warehouse in Cape Town. It may very well be the prettiest video you’ll see all year.

The song itself speaks to internalised homophobia and the queer experience. Warner tells me she hopes the video will, in some small way at least, stand in solidarity with the LGBTQ community and perhaps act as a gift of strength and love to anyone who needs it.

I asked Lo-ghost’s Shannon Devy some questions about the group’s contribution to queer narratives.

In an interview with Between 10 and 5 you mention “Ghost in a Blood Machine” contributes positively to the narrative surrounding the queer experience.

When internalised homophobia comes from a partner, it is devastating. The chorus of “Ghost in a Blood Machine” serves as a kind of self-audit: a declaration of human-ness and realness; a way to defy the conditioned shame-response you feel whenever you are categorised as sick or abnormal for who you are, or who you love. The rest of the song is a call for courage. For us, the creative process and space it occupies through performance helps us starve that monster. In that way it has become, for me personally, a tool for healing and a source from which I can draw a bit of the bravery needed to face a world that tells me I am sick. We hope others will find similar use for it.

Why is this work important? Contributing to the narrative surrounding the queer experience, I mean.

We hope it allows others to see themselves and their own broken hearts reflected in the narrative, because seeing yourself reflected back at you through these mediums is an acknowledgement of existence in a world that would prefer you didn’t exist. We hope it helps others feel less alone in their own experiences of internalised homophobia, and the daily violence they face as queer bodies moving through a world that shames and disregards any love that is not heterosexual. Visibility is important. Representation is important. Homophobia and transphobia are violent, insidious and prevalent.

While the queer community in South Africa has constitutional protections, these are not always substantively realised in day-to-day interactions. My privilege protects me from the worst that this kind of hatred can do. I can safely attach my name and face to a piece of work like this without fear of any major consequences. For many South Africans, telling this story could put them in serious danger. They are not safe. They have never been safe. This is their daily lived experience. We feel a certain responsibility to tell this story, because we are able to do so. We hope this work finds its way to those who need it, and we hope they hear what we are trying to say. You are not sick. You are not alone.

Will all of your music speak to queer experiences?

Half of Lo-ghost identifies as queer, and the other half is an ally. Making a contribution to this narrative in a positive way is extremely important to us. It helps to chip away at the hegemonic narrative mass that, to an alarming and saddening extent, tends to disregard the queer experience. We are deeply committed to creating work that is an authentic extension of ourselves. We’ll be addressing many issues along the way. When I am writing or singing, I am writing and singing as a queer womxn. In the grander scheme of things, it’s a small contribution. But, if you keep throwing hot pebbles into a pond, it will eventually boil—the state of the mass will change.

"Ghost in a Blood Machine" behind-the-scenes shot. Courtesy of Lo-ghost.

What story did you want the video to tell? Why is it an important story to tell?

The music video is the product of Chester [Martinez] applying his art to interpret the song through his personal experiences. Chester and Devon’s performance beautifully captures a very specific kind of devastating, desperate intimacy that arises between two people facing the consequences of their love in a world that violently negates it, and the effect that fear and shame have on our relationships and sense of identity.

Dance is, naturally, an incredibly powerful and emotive medium, and Chester’s exquisite choreography, Devon’s power and Georgina’s careful and brilliant handling in the edit and direction have created what we believe to be a poignant and accurate representation of these moments of pain. We hope the video as an object can also be used as a tool, whether to educate, generate discussion or heal.

It would be impossible to represent the entire complex, infinitely diverse and fluid scope of queer identity in one video, and we acknowledge that only a few representations of the community are depicted here through the narrative and the performance. But we hope it lands as a piece that ties us together over distance and time through the expression of a variation of a common experience.

What can you tell us about your debut EP?

It’s a dark and defiant collection of work. It is called “Mother,” because in many ways the process of writing and recording these songs has nurtured us. This EP has been teaching, comforting and shaping us from its inception.

Lo-ghost’s new EP, Mother, is out now. Listen below.