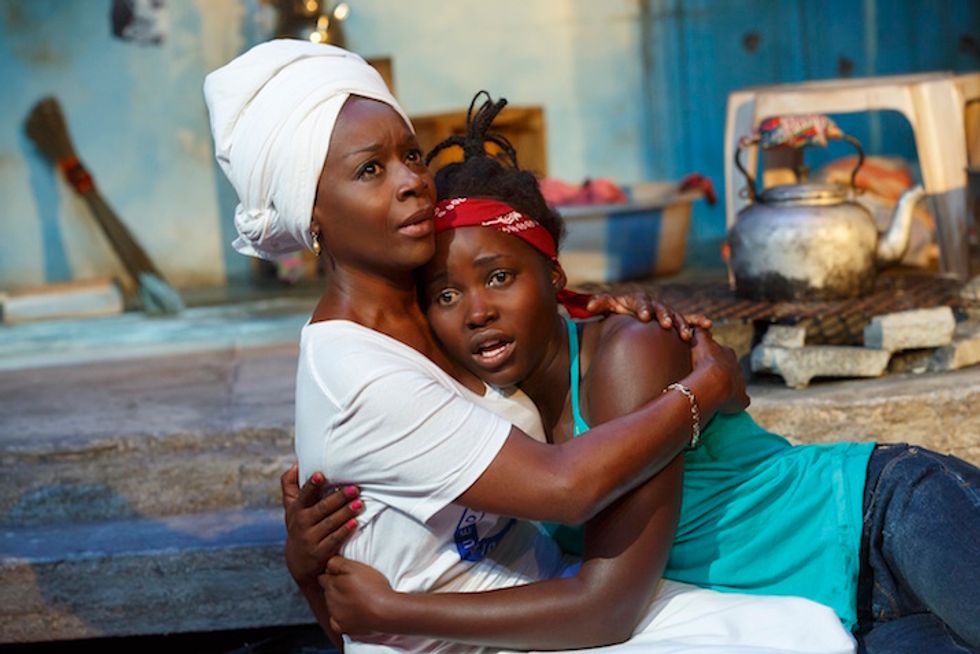 The breakout play Eclipsed, penned by The Walking Dead star Danai Gurira and starring Academy Award winner Lupita Nyong'o, will make its Broadway debut next February, according to The New York Times.

Having been extended twice due to ticket demand, the critically-acclaimed, sold-out production will continue playing at the Public Theater in New York City up until November 26. N'yongo, Pascale Armand, Akosua Busia, Zainab Jah and Saycon Sengbloh—the members of the all-women cast—are expected to reprise their roles.

Directed by Obie Award-winning South African director Liesl Tommy, Eclipsed is set in 2003 during the end of the Liberian civil war and tells the moving story of a group of women who are detained and raped by a rebel officer.

“Broadway will be better for having Eclipsed on it, and I hope it will break a barrier that will stay broken, if it proves that shows like this can make it on Broadway,” Oskar Eustis, the artistic director of the Public Theater, told the Times. “It’s an incredibly emotional play, and by the end very deeply touching and harrowing, and yet Danai has written it so beautifully it ultimately feels life-affirming, about how women in horrible circumstances are able to find their own agency.”

The Broadway production of Eclipsed will begin previews on February 23 and have an official premiere on March 6 at the Golden Theater. For updates, keep up with Eclipsed Broadway's official website.