Lupita Nyong’o is Just Like Us, Geeks Out Over Beyoncé 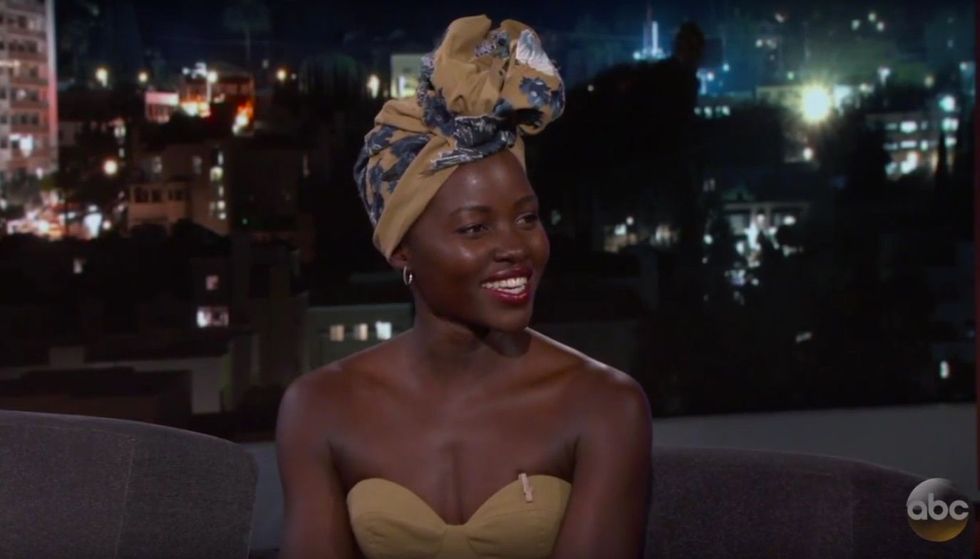 Superhuman Lupita Nyong’o isn’t all that different from us. Thanks to Wednesday’s episode of Jimmy Kimmel Live!, we have official confirmation that the Vogue cover star geeks out over Beyoncé, just like the rest of us Oscarless mortals.

When the topic turned to Jay Z’s famous shoutout (“I'm on my Lupita, Nyong'o”) on the Jay Electronica-featuring “We Made It” freestyle, Lupita had some delightful stories to share about the Carters.

“I felt like the coolest kid, ever,” she said of finding out about the shoutout. When Lupita did finally meet Hov at the 2015 Oscars, she assured him that he totally killed it on the name drop.

Of course, that wasn’t Lupita’s first encounter with a Carter. She goes on to tell of her Beyoncé meet cute at the 2014 Met Ball, and how a drunk friend almost botched their photo together. Luckily, B came to the rescue.

The Oscar winner also spoke about the true story behind her new movie, Queen of Katwe, in which she plays the real-life mother of real-life Ugandan chess champion Phiona Mutesi (played in the movie by newcomer Madina Nalwanga, of Lupita Instagram fame). The real-life Phiona was with them at the movie’s world premiere this month at the Toronto International Film Festival, and according to Lupita, it was Phiona’s first time watching a movie in a movie theater.

As for the first movie Lupita ever saw? Something with Steven Seagal, she bets.

Watch the full interview below. Queen of Katwe opens in select theaters on Friday and everywhere else on September 30.

Literally laughing out loud with @jimmykimmel. See why tonight on @jimmykimmellive! #QueenOfKatwe