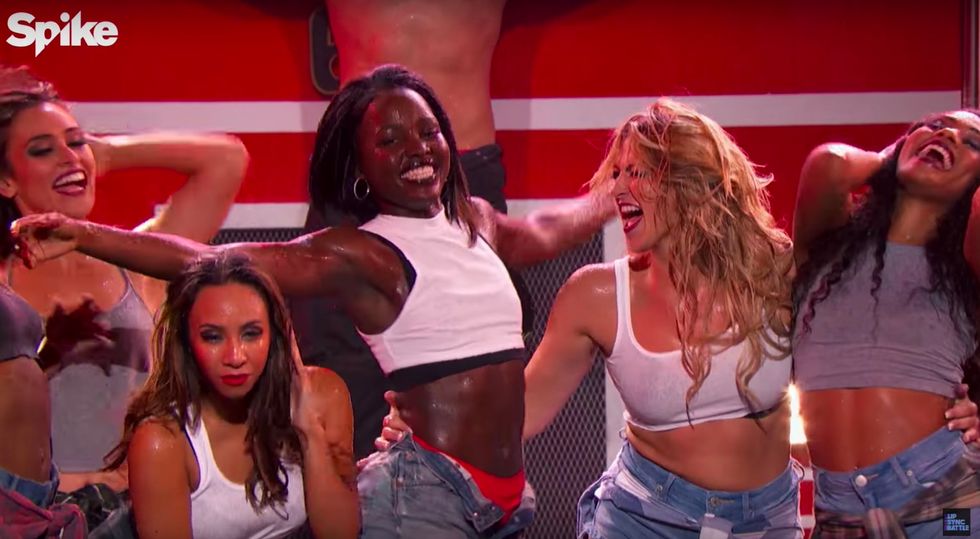 Hall brought her A-game with a pretty damn hilarious tribute to The Weeknd’s S&M anthem “Earned It (Fifty Shades of Grey)” in the singer’s signature hair style (rip), but there was no topping Nyong’o’s ultra-steamy nod to Salt-N-Pepa.

The Queen of Katwe star was joined by shirtless firefighters as she gave what’s certain to go down as one of the most fiery Lip Sync Battle performances of all time. She also showed off some slick moves to Enrique Iglesias’ “Bailando.”

We already knew the Oscar winner’s got bars—but man can she dance. Catch her bring some major heat below.