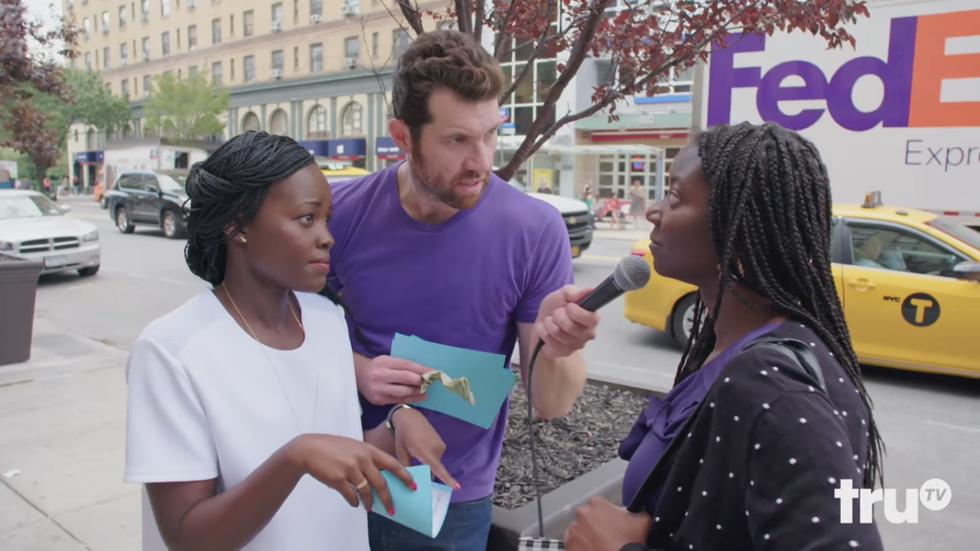 If you like constant screaming and prolific cursing, then "Billy On The Street" is for you. But you probably wouldn't expect Lupita Nyong'o, the Oscar-winning star of 12 Years a Slave, to pop up on the show.

But Nyong'o is game, and she dutifully recites her cringe-worthy lines to the unsuspecting victims, albeit with a deadpan delivery. Problem is, the people are generally not amused. "That's not funny," one guy says, before getting his hat nearly knocked off his head as Billy rushes off in disgust at his lack of taste.

Most don't laugh at the jokes, although some are definitely psyched to meet her. "Can I take a picture?" another interviewee asks excitedly. "No you can not!" screams Billy, before launching into his explanation for running up on them.

So is she funny? Maybe. But we'll never really know from the Billy show. It's cool she gave it a shot, though. I guess.