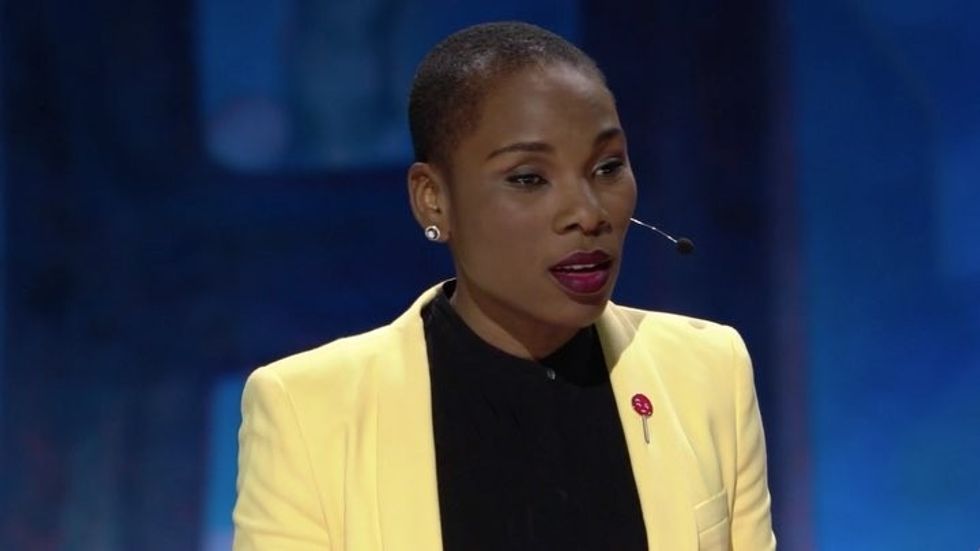 The two shared exchanges on Thursday, after Sandberg failed to recognize the role of black women in the recent Alabama elections.

Social critic Luvvie Ajayi and Facebook executive, Sheryl Sandberg came to social media blows on Thursday after Sandberg posted a status, thanking women, and not specifically black women, for their role in the outcome of the recent Alabama elections.

"Congratulations to the people of Alabama and especially the women who did the right thing for all of us," wrote Sandberg.

Voter turnout statistics, however, show that it was, in fact, not "all women" who secured the Democratic victory in a historically red state. This was the work of black women, 98 percent of whom voted against Republican candidate Roy Moore, while a mere 34 percent of white women did the same.

Luvvie drove home this point, and much more, in a Facebook response to the COO on Thursday morning, calling out her failure to acknowledge black women specifically, and regressive practices at Facebook, which Ajayi says, makes it a toxic environment for black people.

Sandberg then attempted to clarify her statement by commenting on Ajayi's status. "I certainly didn't mean to ignore any voices on purpose," she wrote. "Like so many of us felt, the fact that we could come this close to electing Roy Moore is so frightening. I'm excited that we can all celebrate this win together."

Her response seemed to further prove that she lacked perspective on the matter.

"You've missed the point here and that is even more disappointing," replied Ajayi. This isn't a 'let us all celebrate this win together' moment. That premise is like saying 'all lives matter' or 'I'm colorblind," she continued.

Read the full exchange below:

The discussion, of course, is much bigger than just the results of an election. Black women "save the day" nearly everyday. Credit is long overdue.