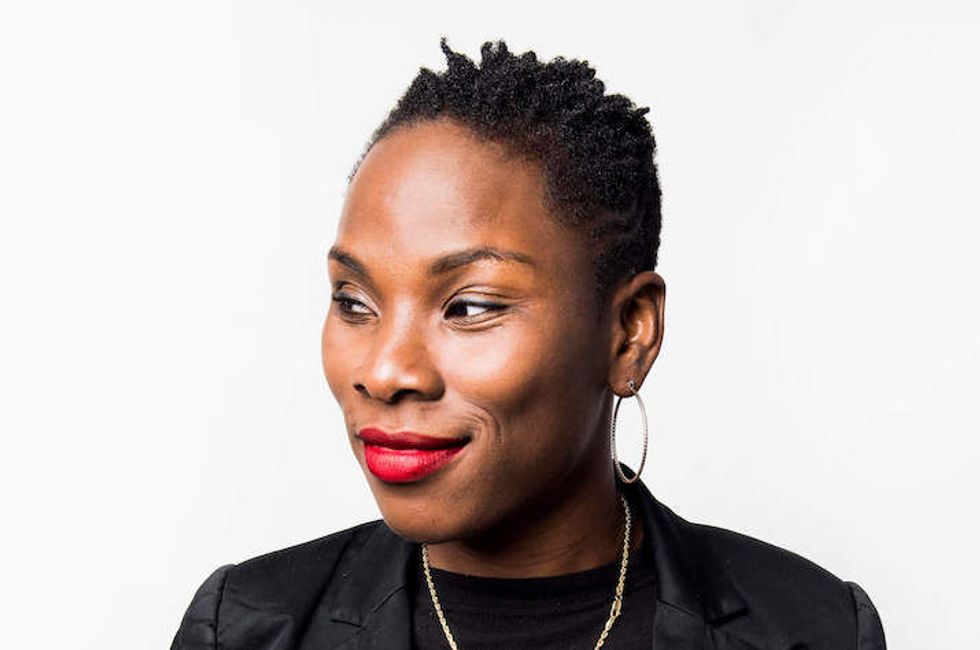 The gender pay gap is real. It's an unjust reality that exists for women in just about every industry, and it's even worse for women of color. Public speaking is one of many industries where the problem persists, and popular author and speaker Luvvie Ajayiwants that to change.

Last month, Ajayi was asked to speak at the upcoming The Next Web conference in Amsterdam. Ajayi's team responded to the invitation with her speaking rates and the conference wrote back, telling her that they had no budget allotted for compensating speakers or paying for travel. They claimed that all they could offer her was exposure and publicity.

Basically, they expected Ajayi—an already accomplished and well-known public speaker, hence her invitation— to speak at their conference for a whopping ZERO dollars. She was rightfully not having it, and declined their invitation.

Ajayi then reached out to other women in her network to ask about their experience with The Next Web Conference. It was discovered that their was no established policy for paying speakers, instead, the organization used arbitrary methods to get speakers at the lowest possible cost. They covered travel costs for some, and they compensated a male keynote speaker by buying large quantities of his book. Their payment strategy varied depending on the person, writes Christina Wallace for Forbes.

"It would be different if it were an across-the-board policy not pay anyone’s fees and not to pay anyone’s travel. SXSW does that, for instance. When you find out some people do get certain things covered and others don’t is when it becomes a complete insult. It turns the conversation to something else. It becomes not a policy — it becomes a preference," Ajayi told Forbes.

She took to Facebook to share the response she received from the conference's leadership. "This is what a white man thinks about me asking to be paid by his conference" she commented.

The inconsistencies shown by the The Next Web conference, speak to the larger issue of equally capable women being cheated out of equal pay. "This is not just about The Next Web. This is about the entire conference industry. It’s really important for men in the space who are getting benefits that women aren’t are willing to speak up about them. The people who are being cheated are not the ones who can dismantle it. It requires people who are benefiting from it to put it on the line and push back. Even if I were getting paid for this, I don’t want to be the exception to the rule. I want the rules to be fair across the board."