Lynette Yiadom-Boakye Imagines Lush Black Bodies In 'The Love Within' 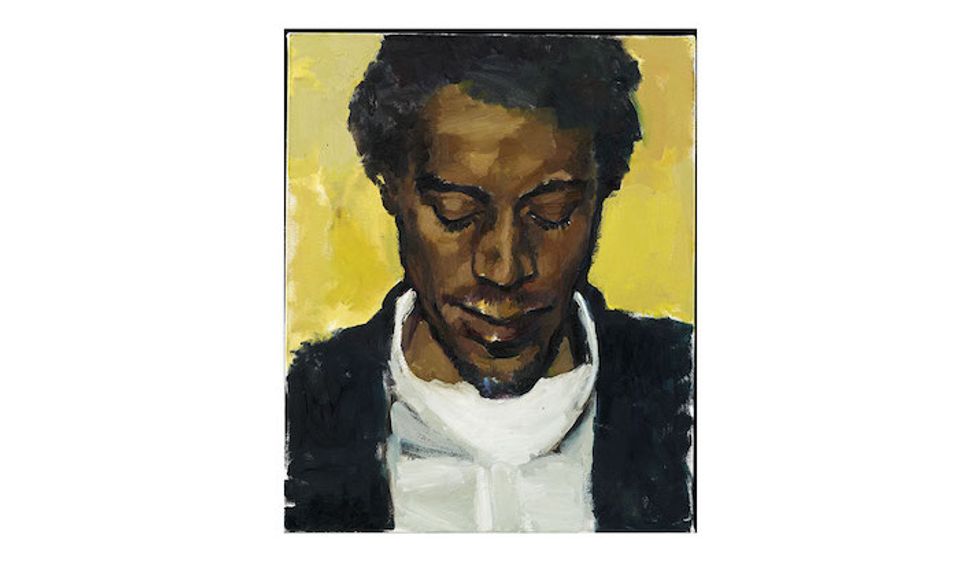 The Love Within is a solo exhibition of recent works by British-Ghanaian painter, poet and writer Lynette Yiadom-Boakye currently on display at New York's Jack Shainman Gallery. This new show is the artist's third at Jack Shainman following 2010's Essays and Documents and 2012's All Manner of Needs. Yiadom-Boakye's oil paintings represent a mix of large and small-scale scenes that predominantly portray black figures in medias res. The candid nature of each portrait leaves the artistic narrative open to the viewer's interpretation and conveys a sense of intimacy aptly summed up by the show's title.

Yiadom-Boakye's unidentified subjects represent an amalgamation of traits stored in her artistic palette, and her paintings inhabit a nebulous space which allows for a very improvisational technique. In a video interview (below) conducted at the 55th Venice Biennale, Yiadom-Boakye shed some insight into the sources of her inspiration, saying "I work from scrapbooks. I work from drawings. I work from imagination. It's a combination of all of those things so what I arrive at is not traced to any particular one source."

Born in London in 1977 to Ghanaian parents, Yiadom-Boakye trained at Central Saint Martins College of Art and Design, Falmouth College of Arts and the Royal Academy Schools. She was shortlisted for the prestigious Turner Prize in 2013 and has had her work exhibited in France, Italy, South Korea, and Ukraine. Click through our gallery above for a preview of The Love Within.