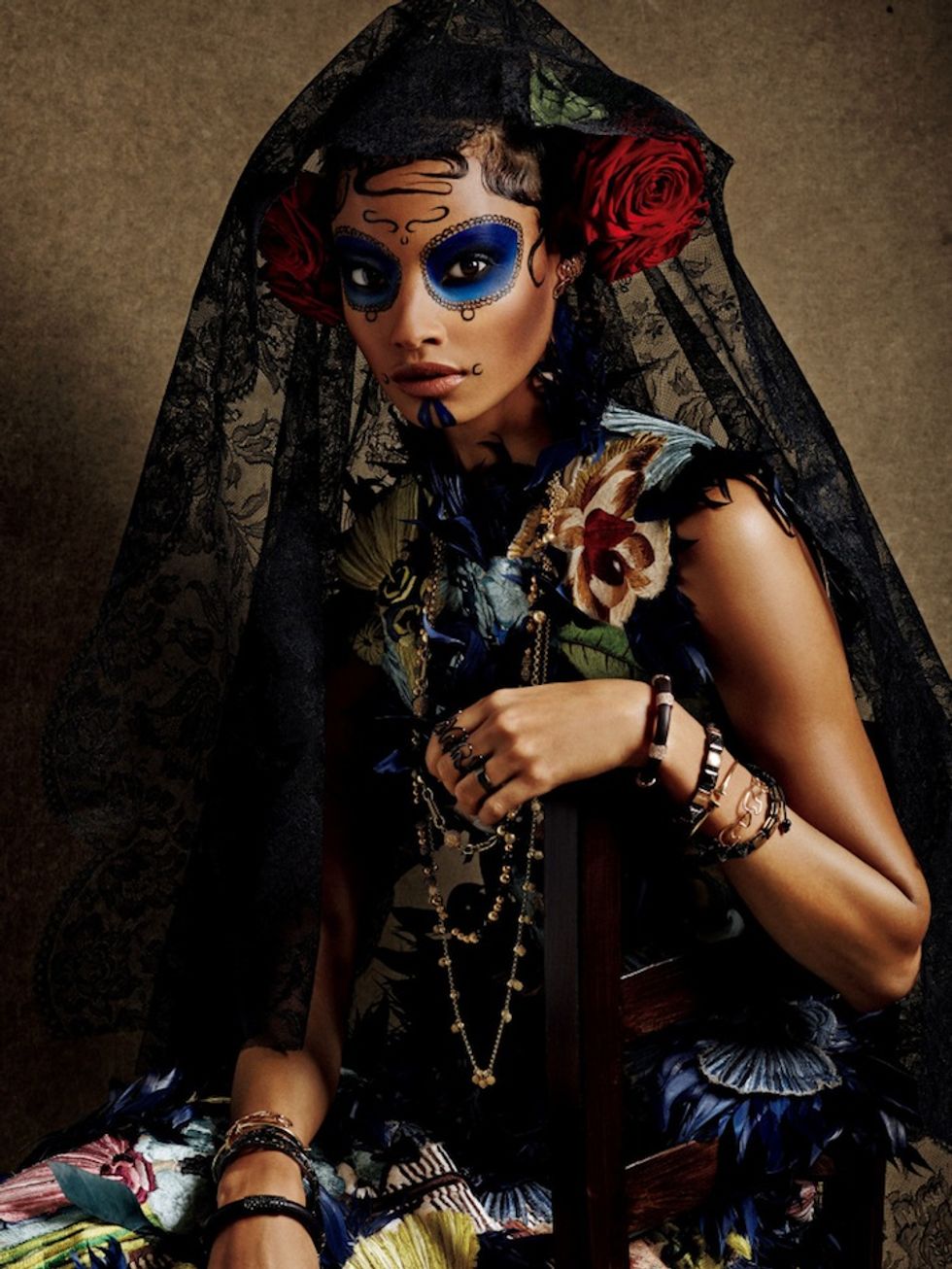 21-year-old Kenyan-born model Malaika Firth stars in an arresting new editorial for Vogue Japan. The heavily-patterned, surrealist-influenced feature, shot by Italian fashion photographer Giampaolo Sgura, will hit the stands in May. See photos from the shoot, via WE ARE SO DROEË, in the gallery above.

A rising star in the fashion world, Firth was born in Mombasa to a half-Kenyan, half-Swiss mother, and a father of British, Seychellois and Ugandan descent, and was raised in Kenya until her family relocated to Barking, east London when she was seven. Her  modeling career began in 2011, when, according to an article published yesterday in The Guardian, she saw a Channel 4 documentary (The Model Agency) about Premier Model Management. Firth felt the London-based agency was a fit, and her mother soon phoned Premier's founder to arrange a meeting; the then 17-year-old was signed on the spot.