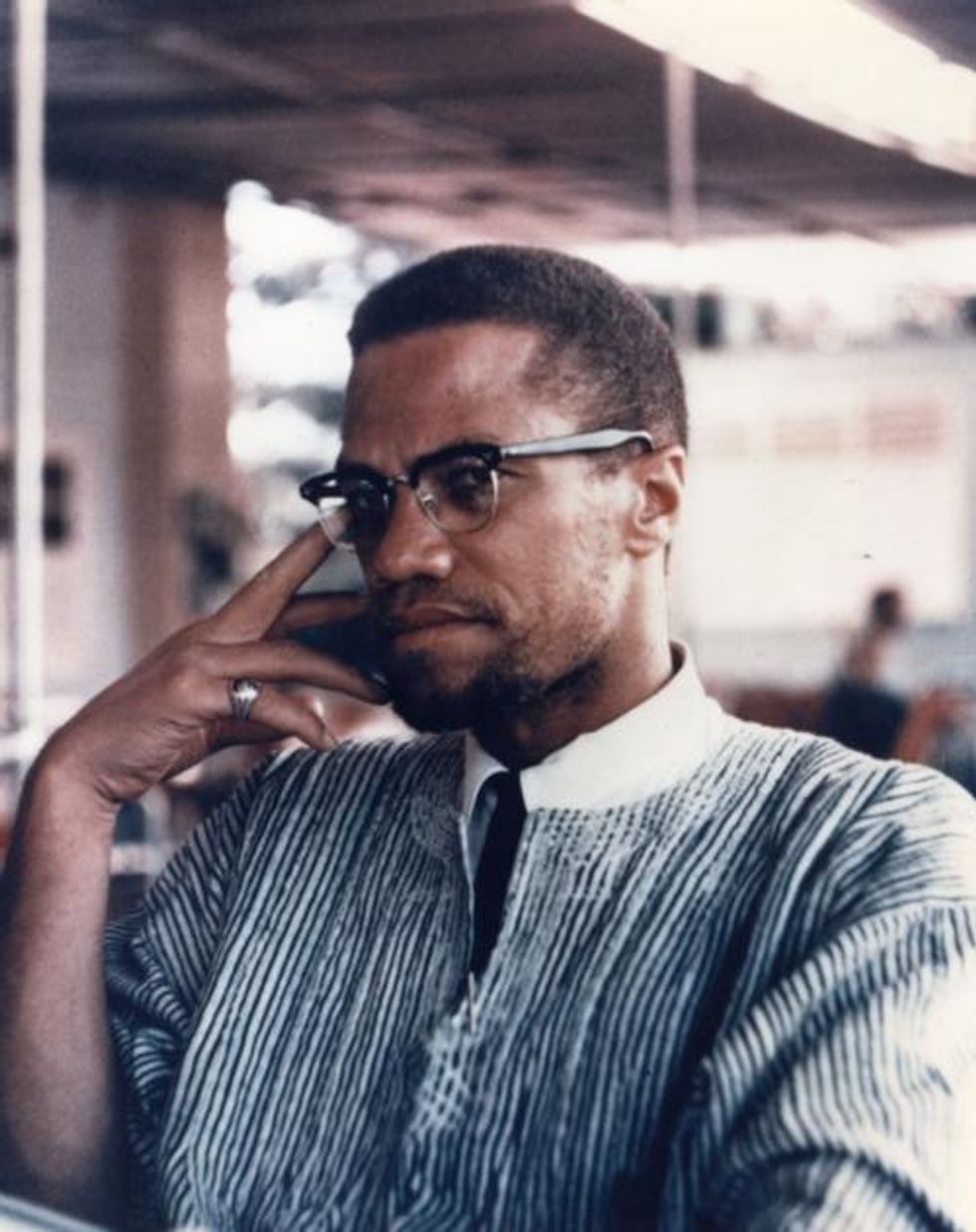 Gallery of Malcolm X's 1964 travels through Africa + news on his family suing to prevent the publication of his Mecca Diary by Third World Press.

In April 1964 Malcolm X set out on a historic pilgrimage from West and North Africa to Mecca. Among the African nations Malcolm X would go on to visit during a two or so month period (recounted in this Dec, 1964 interview with Bernice Bass) were Egypt, Sudan, Ethiopia, Kenya, Tanzania (back then Zanzibar and Tanganyika), Nigeria, Ghana, Liberia, Guinea, and Algeria. Throughout his travels he kept a diary, historicized as the Mecca Diary.

Third World Press was slated to publish these writings on November 14th, as The Diary of Malcolm X, but his family is suing to halt publication. The publication had hinted at the diary's wealth of insight into Malcolm X's thoughts on the changing role of the diaspora with regards to developments in world affairs. Their initial announcement suggested that the diary would offer "a new vision for the elevation and integration of the African Diaspora in the context of the world changing events that are having so great an impact on today’s headlines, both in the United States and throughout the world."

The controversy regarding the diary started when Malcolm’s daughter IIyasah Shabazz granted reproduction rights of the diary for a book deal to Chicago-based publisher Third World Press. The reproduction of the diary was scheduled for release tomorrow, November 14th, but it was reported that other family members of Malcolm X brought the lawsuit to stop the publication, claiming that Third World Press does not have the rights to reproduce the novel.

While we were unable to get a copy of the complaint in the lawsuit to get the nitty gritty details surrounding this story, a little sleuthing (snooping?) online revealed a March 2003 NPR article which detailed that the diary and other personal memorabilia for Malcolm X went up for auction in 2002 after payments for a storage facility where the material was held fell behind on payments. According to the article, the diary was rescued from the auction by the New York Public Library, with an agreement between IIyasah Shabazz and Malaak Shabazz as administrators of the estate of Betty Shabazz (Malcolm’s wife). That agreement allowed for the materials, including the diary, to remain deposited with the New York Public Library’s Schomberg Center for Research in Black Culture for 75 years, while ownership of the intellectual property embodied in the materials and diaries was to remain with the family.

Whether the publication of the diary will happen or be stopped by the lawsuit, will likely turn to whether the court finds that IIyasah Shabazz properly gave the rights of reproduction of the diary to Third World Press, and if she did, whether her authority is binding on the other family members that have contested the publication in the lawsuit. Stay tuned for more on this story as it develops.