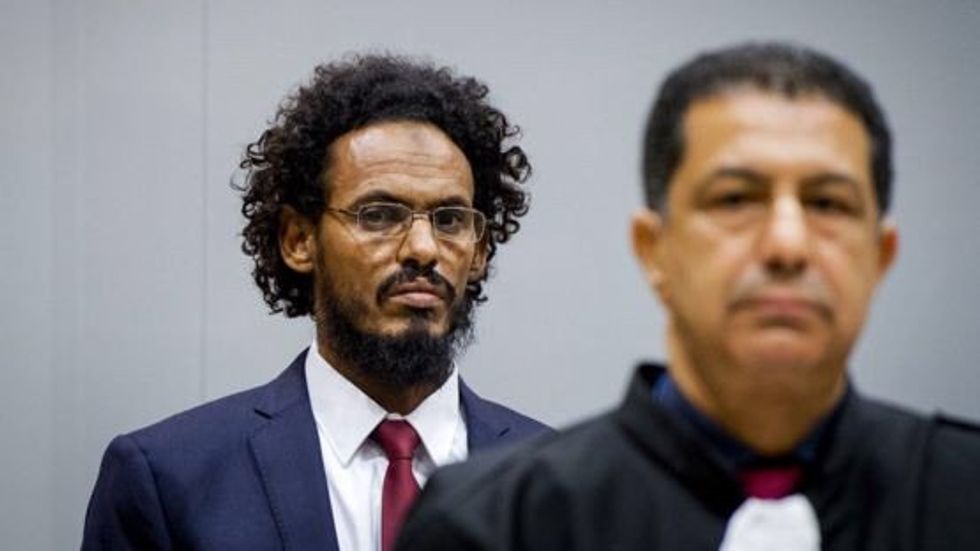 "I am really sorry, I am really remorseful, and I regret all the damage that my actions have caused."

Ahmad al-Faqi al-Mahdi has become the first person to face criminal charges in International Criminal Court for destroying cultural heritage site as well as the first defendant to plead guilty in the Hague on Monday.

Al-Mahdi—alleged to be a member of Ansar Dine, a Tuareg movement with ties to al-Qaeda that subscribes to an extremist version of sharia law—has admitted to directing his followers to demolish 16 cultural mausoleums and a mosque, deemed UNESCO World Heritage sites, in the ancient city Timbuktu, using pickaxes and chisels in 2012. He says the rebel group viewed the monuments from the Malian city’s history as an intellectual and spiritual capital as sacrilegious.

In 2015, the ICC issued a warrant for al-Mahdi’s arrest “for war crimes of intentionally directing attacks against historic monuments and buildings dedicated to religion, including nine mausoleums and one mosque” in Timbuktu.

“I am really sorry, I am really remorseful, and I regret all the damage that my actions have caused,” Mahdi tells the court after pleading guilty. “I would like to give a piece of advice to all Muslims in the world, not to get involved in the same acts I got involved in, because they are not going to lead to any good for humanity.”

The ICC typically prosecutes cases pertaining to human rights abuse and genocide, so it’s especially historic for the tribunal to try someone for the destruction of cultural monuments, particularly African monuments. Hmm, the destruction and looting of Benin City by British soldiers in 1897 comes to mind here. Who’s going to get prosecuted for doing that?

Al-Mahdi faces up to 30 years in prison, however The Guardianreports that his attorneys have struck an agreement with prosecutors to whittle the term down to between nine and 11 years.

To learn more about Al-Mahdi’s trial, watch this video from AJ+ below.

It's the first time a suspect has pled guilty at the International Criminal Court– for destroying cultural heritage.https://t.co/wzMWYGSbCB