M.anifest's '10 Things I Love About Ghana' 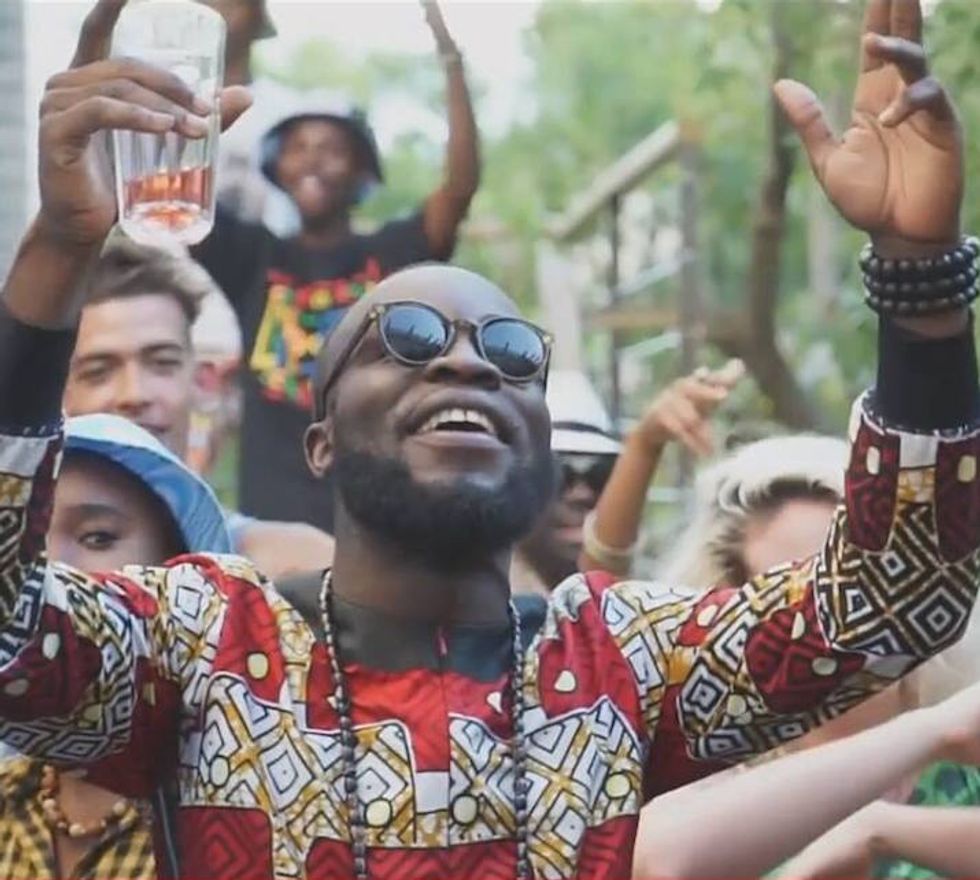 M.anifest lists his ten favorite things about Ghana, including food, films and even bold nicknames, ahead of his "Forget Dem" video release.

Ghanaian rapper M.anifest seamlessly blends guitar lines warm highlife guitars, multilingual raps and 808 drums in "Forget Dem." The soundscapes of his latest single dutifully showcase the MC's marriage of inventive wordplay, vim and an all-around Accra flavor. Following his cross-continental style, M.anifest's lighthearted music video for the Killbeatz-produced single was shot in in Cape Town, South Africa. It features scenes of M.anifest (hardly) working at a food stand and barbershop, as well as a cameo from Young Fathers.

Ahead of the release, we asked the Accra-repping MC to list his ten favorite things about Ghana. M.anifest came back with a mixed bag of choices, from a number of culinary dishes to Ghanaian films and, even, bold nicknames. Read M.anifest's complete list and watch his latest video for "Forget Dem," directed by Garth Von Glehn for Film Fam, below. Follow and tweet at @okayafrica with #ForgetDem for a chance  to win the Dedo Azu-designed red jacket M.anifest wears in the video (seen above).

One of the greatest Ghanaian inventions ever. Joy in a jar. Better than Sriracha, Tabasco and all of their cohorts.

Just because they never end with part 1 or 2. At least 4 to 6 parts minimum. I rarely watch them but the trailers give me life.

Breakfast can typically be waakye (rice and beans), red-red (gari & beans), kenkey, and fufu for the starch die hards.

When it rains it's an unspoken holiday. Your workers might not show up. People coming to meetings on time is out of the question. Rain is our snowstorm, our earthquake, our great escape from work.

I don't really love kente. I get tired of it being overused. I just love the fact that like Adinkra symbols it's everywhere in the world and we invented it. *beats on chest*

We have a penchant for drama. When I hear the news in local dialects it makes Shakespearean tragedies pale in comparison. We don't read the news, we make stories out of news. It's inspiring for my music.

How food so gawdly and tasty can be everywhere is a mysterious pleasure. Tilapia and banku over jollof, sue me.

8. Irreverent nicknames for people and places.

We named a dance alkayida. We nickname our friends, Osama, Saddam, and ap3tw3 (a womaniser). And yes there is an area in Accra called Sodom and Gomorrah.

9. Everyone is into politics and football

Apathy is not a luxury we can afford in these parts. Our voter turnout is incredibly high, and for good or for worse everyone believes they know the right way the country should be run.

So the term in Ghana for load shedding is dumsor. Nothing funny about it except the jokes we make on social media. Dumsor jokes are irresistible because of how badly we all feel the pain. So no there isn't a romantic angle to dumsor, but it's an indication of our wicked sense of humor.