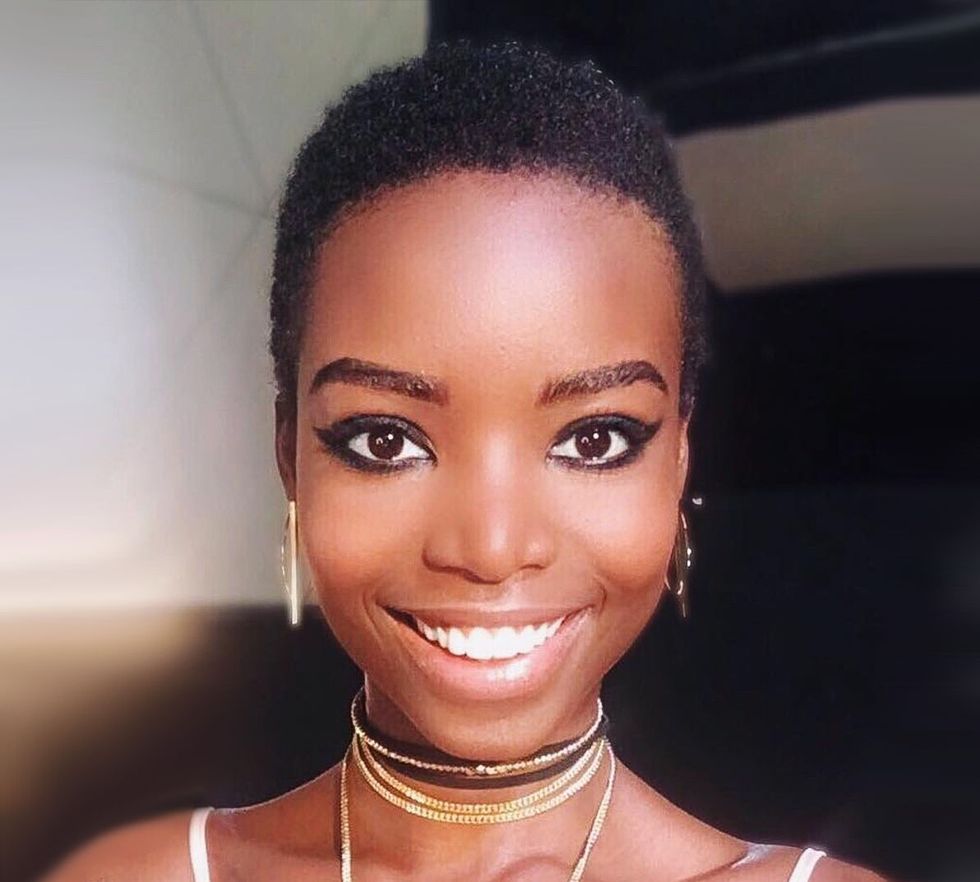 Maria Borges is a 24-year-old Angolan model who was discovered in 2010 by an agent during the Elite Model Look Angola contest. In 2012, she was signed to Supreme Agency and shortly after, during her first Fashion Week season, walked in 17 runway shows.

Forbes named Borges “Africa’s Top Model” by Forbes in 2013, and in the same year, Givenchy commissioned her to walk exclusively for the fashion house which propelled her career. In November 2015, she made history by being the first black model to wear her natural afro down the runway in the annual Victoria's Secret Fashion show. To date, she has featured in eight international ad campaigns, and in almost 60 runway shows from Dior to Yeezy. Borges is the new face of L'Oréal Paris and Vogue Italia named her as one of the Top 50 Black Models of 2016. The statuesque beauty continues to grace the pages of different publications, and captivates her 331,000 followers with gorgeous, glamour shots surrounded by fashion elites.