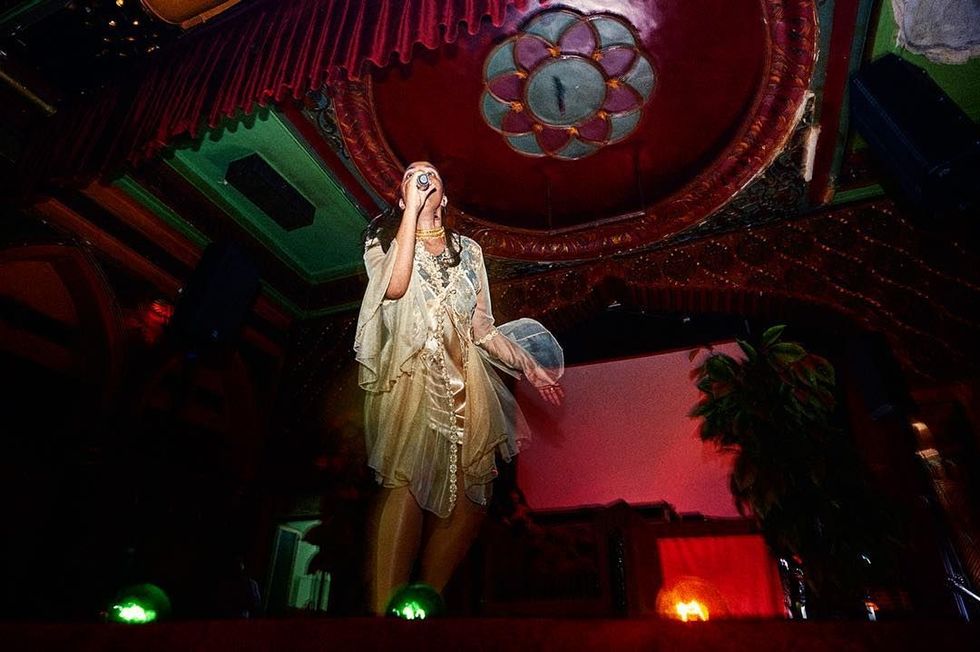 The Masāfāt Festival was a four-day event in Cairo full of experimental music, panel talks, and film screenings.

Things are still pretty difficult in Egypt right now. A quick glance at the headlines these past few days finds the government telling citizens not to speak to foreign pollsters, the repression of journalists, and the prohibition independent non-governmental groups. But life goes on, and in the capital city of Cairo, people are finding their way.

In September, the four-day-long Masāfāt festival proved that modern culture is still vibrant and progressive there. The event featured a number of experimental and electronic musicians, panel discussions on art and music, and a series of film screenings. It was paired with a sister festival in London that covered many similar artists and topics, spreading their message globally.

Masāfāt was organized by Thirty Three Thirty Three, a music and art events company, in partnership with a number of other groups. One of those teams was Boiler Room, who were on site, as always, to capture the moment on video for the world to stream. Last night they posted the archives of some of the event's key musical performances. (Boiler Room makes a special point of thanking VENT for the musical assist.) Take a look below at the artist streams.