Maxwell: "I Like to Say 'Black Excellence Without Borders.' Black Is Black Everywhere." 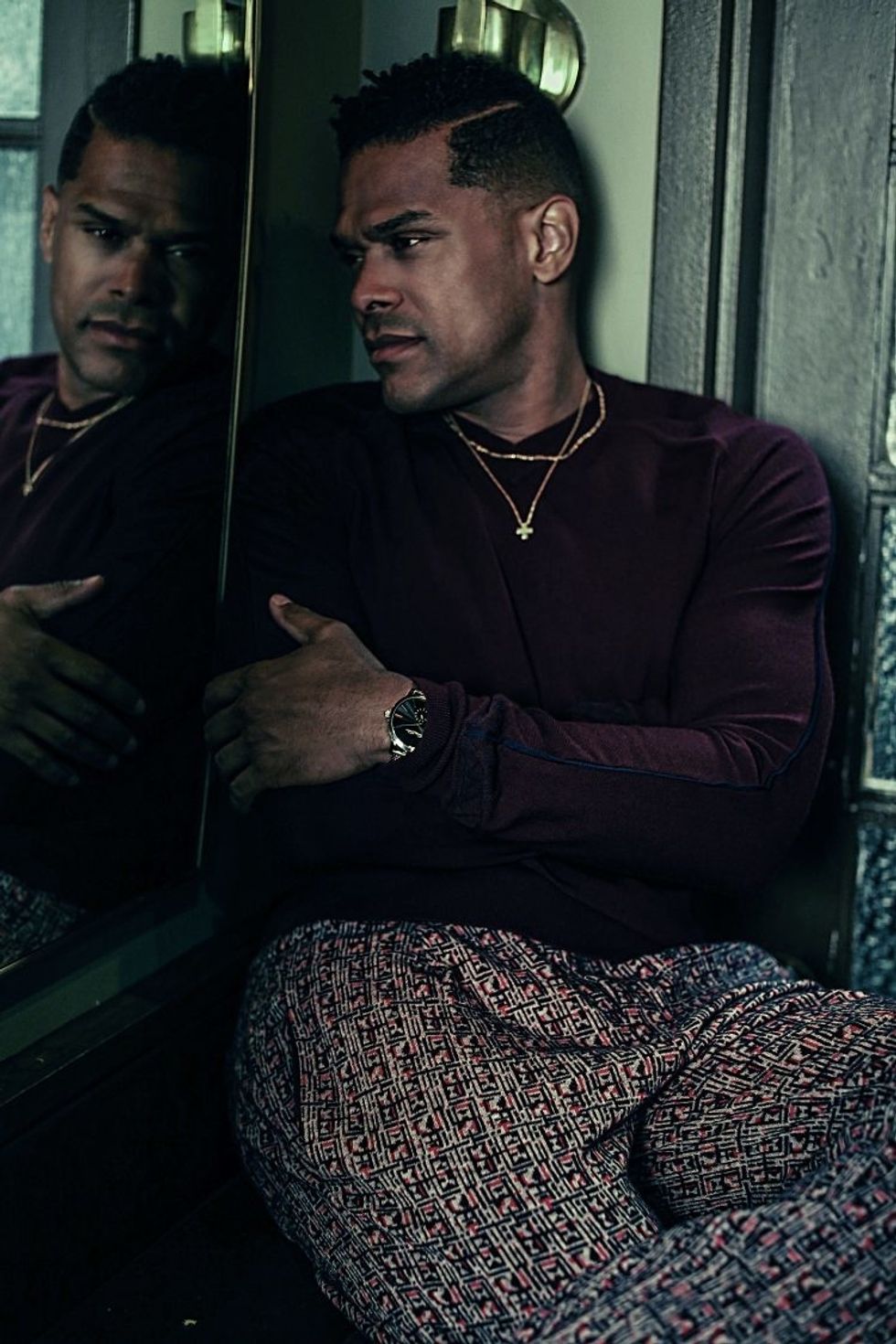 In an exclusive interview with Okayplayer, Maxwell talks about visiting Nigeria, the African influences on Embrya, and shouts out Tekno & Skepta.

You can read the full article over at Okayplayer and check out select passages below:


"It's almost like you're going back in time a little bit. What an incredible place. I loved every minute of being there. In some ways, it's a little bit like Haiti," Maxwell explains, having spent part of his childhood living there. Maxwell is a first-generation American. "I was born in Brooklyn," he says, "but my mom was born in Haiti, and my dad was born in Puerto Rico."

On the afrobeat influence and cultural blends behind Embrya:

The 45-year-old musician, née Gerald Maxwell Rivera, intimated to these connecting cultures on his second album, 1998's Embrya, where he submerged afrobeat-adjacent horns into the lyricless groove on "Arroz Con Pollo" and sang in Spanish on "I'm You: You Are Me And We Are You (Pt. Me & You).

On using African models in his new video for "Shame":


On "Shame," the lead single from his upcoming album NIGHT, he sings about the daunting duality of social media and how to love under its regime of modernity and miscommunication. In the song's video, a striking majority of the male and female models are African. And, according to Maxwell, the continent's cultures and arts have served as a paramount creative source for him throughout his career.

On making Embrya and it not being well-received after the success of his first album:

"I had such a good thing going. I just wanted to kind of do my art thing—things that weren't necessarily even happening at the time. A lot of people in Africa got it, which I was blown away by. But a lot of people in the states didn't really get it."

On whether Embrya was ahead of its time:

"A lot of what I've heard recently is that it is, because when you look at [what's happening] now, afrobeats is becoming the most expansive thing to do. 'Embrya' was that, but it was too early. Maybe I should have waited 20 years later. I don't know."


On how visiting Africa helped him evolve personally and professionally:

"For me, it was going to Africa—going to the place that I have to say inspired 'Embrya' for me. In my home at the time, I had Senegalese art. I was always inspired by Africa because I knew that Africa was where everything came from, all the drums, all the beats, everything. We came to America and the adversity of that, the trauma of that, yielded soul music. And so that's why Embrya came to me and said, 'Make me.'"

He shouts out Skepta and Tekno as inspirational black artists from the diaspora:

"Black is very multifaceted to me. Marsha Ambrosius is from England, and she was black to me as anybody who's out here in the south. And when you look at like Glennis—that wonderful singer from Amsterdam who has a crazy range—she's almost like Whitney Houston to me. She's not from, Newark, New Jersey, but she sure feels like it. And those amazing [African] artists out there—Skepta and Tekno and all those people—for me, define black excellence. I like to say 'Black excellence without borders.' Black is black, everywhere. "