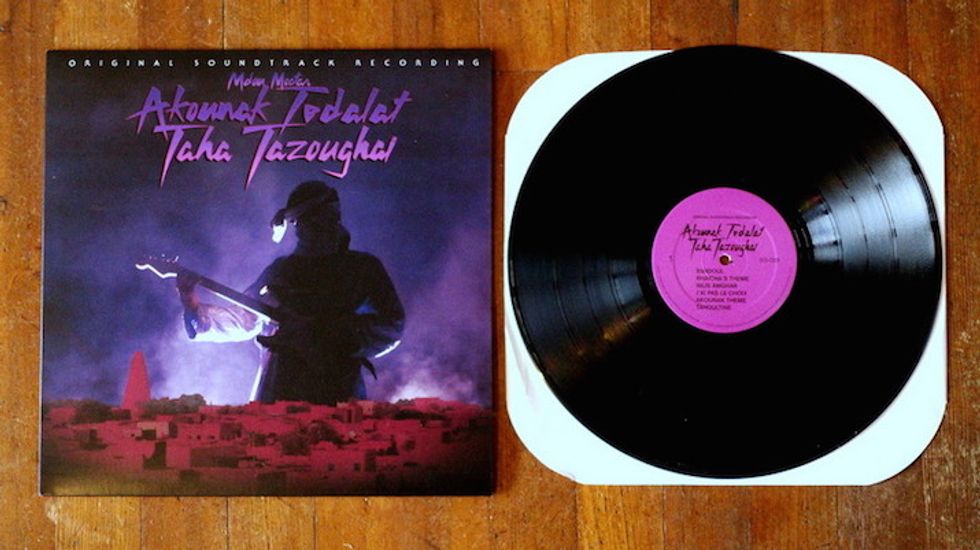 Earlier this year, we reported that a soundtrack for the feature-length film Akounak Tedalat Taha Tazoughai (Rain the Color Blue with a little Red in it) — a Niger-based film inspired by Prince's 1984 cult classic Purple Rain and Jimmy Cliff's 1973 film The Harder They Come — was in its final stages of mixing. The 11-song soundtrack is now here, recorded over the last two years by Tuareg guitarist Mdou Moctar, who's also the star of the musical film documenting his experience as an up-and-coming artist striving to make it in Niger's guitar scene.

The soundtrack includes somber acoustic compositions as well as instrumental recordings, some of which Mdou Moctar and his team created under a tree using a portable amplifier. Much like Prince's classic Purple Rain album, the Akounak Tedalat Taha Tazoughai Soundtrack also boasts moody electric guitar riffs and solemnly crooned melodies. Stream the full soundtrack below and purchase it on vinyl or by digital download via Sahel Sounds.