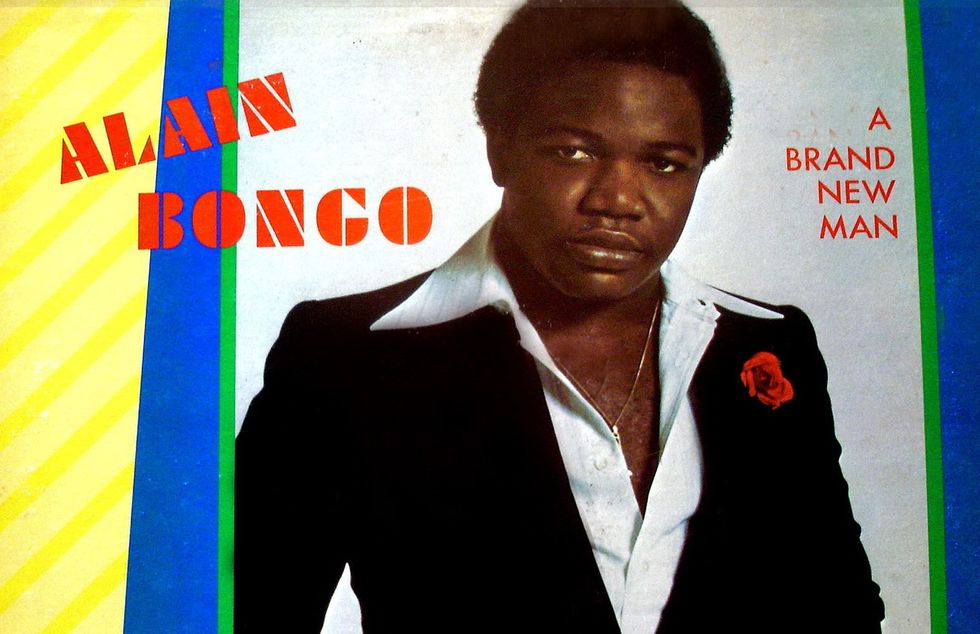 Ali Bongo Ondimba of Gabon is known for being a corrupt leader and a former disco artist. This election crisis is revealing his true nature.

The president of Gabon bombed opposition headquarters after a contested vote and shut down the country’s internet. But have you heard his disco funk version of the Rocky theme?

Gabon’s ruling family loves music. Omar Bongo Ondimba, who ruled the country for 40 years until his death in 2009, loved American soul in particular. His son and Gabon’s current president Ali Bongo Ondimba took it a step further and at the age of 19 cut a record under the name “Alain Bongo.” The album, A Brand New Man is a slice of slickly-produced funk and soul that includes a devastating disco version of the Rocky theme. This might be the single most 1970s piece of music ever produced.

The most accomplished musician in the family, however, is Ali’s mom Joséphine. After divorcing Omar in 1986 she changed her name to Patience Dabany and started releasing wildly popular soukous jams and collaborating with both Quincy Jones and James Brown with whom she toured Europe.

Last month, Bongo faced-off against opposition leader Jean Ping—a son-in-law of sorts— at the polls to try and add another term to his family’s half century-long rule over this small oil rich nation. Later his forces bombed opposition headquarters killing two. Since the election, the Gabonese people have taken to the streets leading to thousands of arrests.

Last year, Bongo announced plans between him and the prestigious Berklee College of Music to open the African Institute of Music in Libreville. The Pan-African music school, opening in 2017, will attract students from across the continent and give them access to further study at Berklee’s Boston campus.

The prez is also known for being a fan and supporter of Gabonese hip hop. He’s even been known to take the mic from time to time.

Bongo’s challenger, Ping, has officially applied for a recount in Haut-Ogooué province alleging that the 99.9 percent turnout, 95 percent of whom voted for the incumbent was mighty suspicious especially since Ping lost the election by an apparent 6,000 votes.

Bongo’s cultivated “cool dad” image is a rather straightforward example of how to use the arts and other popular stunts—like palling around with Lionel Messi—to whitewash all kinds of terrible human rights abuses, corruption and anti-democratic acts of which he’s been accused.

When Okayafrica spoke to Roger Brown, the president of Berklee school last year he was confident that the more unsavory side of Gabon’s political arena had nothing to do with the partnership between them and the Bongo regime.

"When the Gabonese president approached us, we said this would be great," Brown said. "I went over to visit Gabon and was really impressed with what they're planning to do. I saw the physical site…had a long discussion with the president."

He continued, "Whenever you work with a government of any kind, including our own, you want to make sure of the objectives and how the funding streams work. So far I’ve been very impressed with all the people I've met, with their motivations, with what they're trying to achieve. And their true love of music. I think Gabon is the perfect place for the school."

This is easier to do when the leader in question is a steadfast ally of the United States and France. So far there’s no word on the future of the music school or on the results of the recount but we'll leave you with what is probably Alain Bongo's smoothest jam, "I Want to Stay With You."