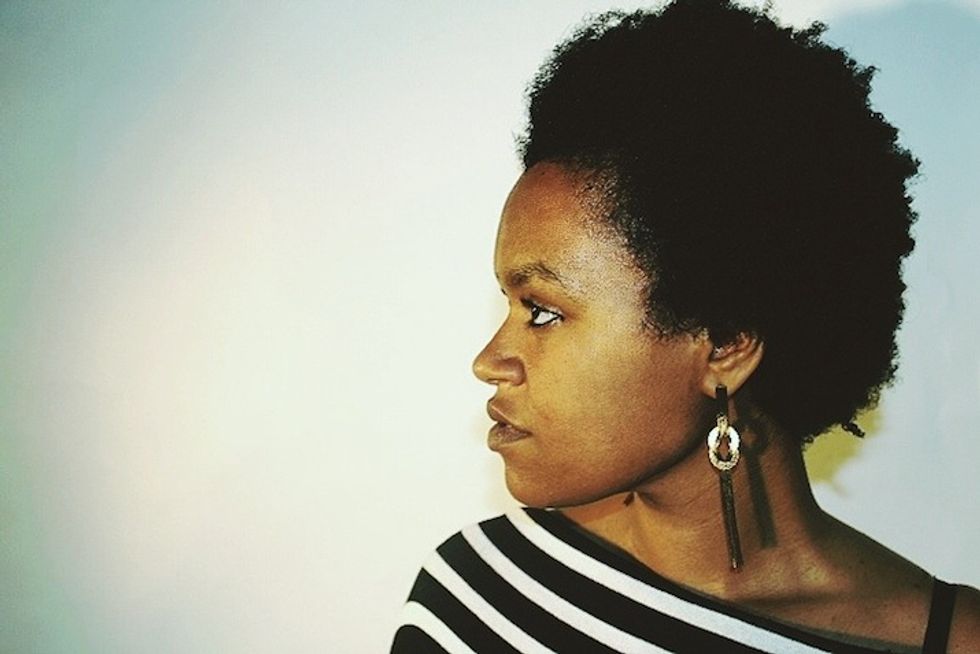 Ethiopian-American soul/jazz singer Meklit puts out a call for Afros to be featured in her video for 'Kemekem (I Like Your Afro).'

When last we reported on Ethiopian-American jazz-influenced songstress Meklit Hadero she was on the verge of launching a hip-hop space opera from her afrofuturistic crossover project CopperWire  along with fellow Ethiopians rapper Gabriel Teodros and producer Burntface. These days Meklit remains otherworldly. Her latest solo venture We Are Alive (out now via Six Degrees Records) has been garnering a steady stream of accolades (WSJ, USA Today, San Francisco Bay Guardian) for its seemingly effortless melding of traditional azmari soundscapes, soul, jazz and R&B.

"Kemekem (I Like Your Afro)," featuring Ethiopian pianist Samuel Yirga, is a standout off the new record. Sung entirely in Amharic, Meklit’s smoky vocal stylings breathe new life into the traditional Ethiopian love song, making it ripe for reinvention. Meklit recently put out an open call for “Afro coiffed folks of all ages” to be featured in the upcoming music video for the track. Interested participants are asked to send in a short video featuring their Afros in various states. We'll let Meklit explain the crowdsourcing campaign herself:

“WE ARE CROWD SOURCING AFROS!!! You can send in a 15-30 (ish) second video of you and your Afro representing you however you would like. You can be talking on the phone, cooking, dancing, looking in the mirror, picking out, braiding, unbraiding, smiling, frowning, clowning... it can be a group shot, a selfie, a duo, trio, any matter of Afro beauty. One section of the video will feature these videos”

Submissions are open now through July 23rd. Find out more information on the campaign and listen to "Kemekem (I Like Your Afro)" below.

>>>UPLOAD YOUR AFRO VIDEO VIA JOTFORM