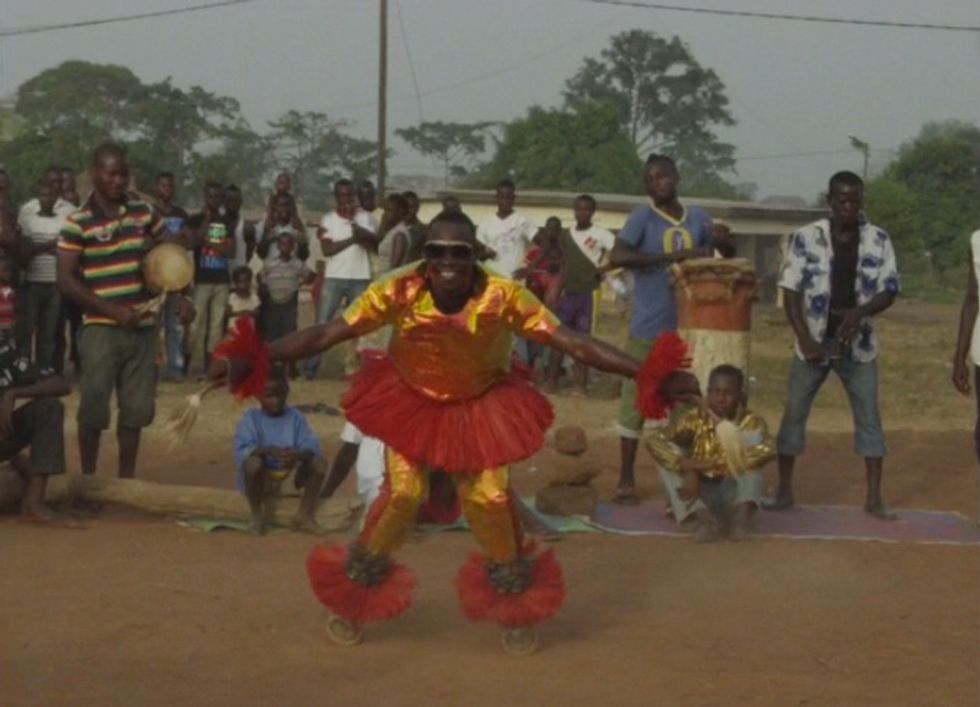 M.I.A. releases a video from her new multimedia project, 'Matahdatah Scroll 01 Broader Than a Border,' shot in West India and Côte d’Ivoire.

In May, M.I.A. made headlines for claiming that she couldn't put out a forthcoming video of a dancer in Côte d’Ivoire due to issues with cultural appropriation. “I’ve been told I can’t put out a video because it’s shot in Africa,” the 39-year-old artist, born in London of Sri Lankan Tamil heritage, Tweeted at the time. According to M.I.A., the clip was to be a one-take shot of a male dancer who she says she spent two years trying to locate.

After posting a few teasers last week, M.I.A.'s new audiovisual project, released today through Apple Music, may very well feature some of this footage. Titled "Matahdatah Scroll 01 Broader Than a Border," the project includes two songs ("Swords" from the upcoming LP Matahdatah and "Warriors" from the 2013 LP Matangi) plus an accompanying short film, Scroll 01 "Broader Than A Boarder." Directed by M.I.A., the clip was shot in West India and what we presume is Côte d’Ivoire (see Les Éléphants jersey at 3:55 for additional evidence of this). It's still not clear if this is the video M.I.A. was previously referring to her in tweets.

Update: M.I.A. has shed some light on the project in a statement, which you can read below.

I directed and edited my first music video for “Warriors” for my last album, MATANGI, and I held it back until now, because it inspired me to make a whole series of songs and videos on the concept of borders. Making songs and videos at the same time out of a suitcase on location is something I did on my album KALA, but it’s video, as well as music, made by me in a very ARULAR way.

My new song “Swords” was filmed in a Temple in India and we recorded the clang of the metal to make the beat at the same time as shooting these incredible girls. There’s ten more of these countries coming and I haven’t chased where to go yet, so who knows where this project will take me. “Warriors” was shot in Cote d’Ivoire with a guy I saw in a youtube video doing the most incredible dancing. I tracked down that exact guy, flew out there and played him the “Warriors” track. He did his thing for me. He is a spiritual warrior and communicates through dancing. It’s a lifelong commitment for him to be the designated spiritual body that channels that dance.

The concept for this LP is ”broader then a border” and MATAHDATAH is the journal of MATANGI. Sometimes I move vertical and sometimes I move horizontal.