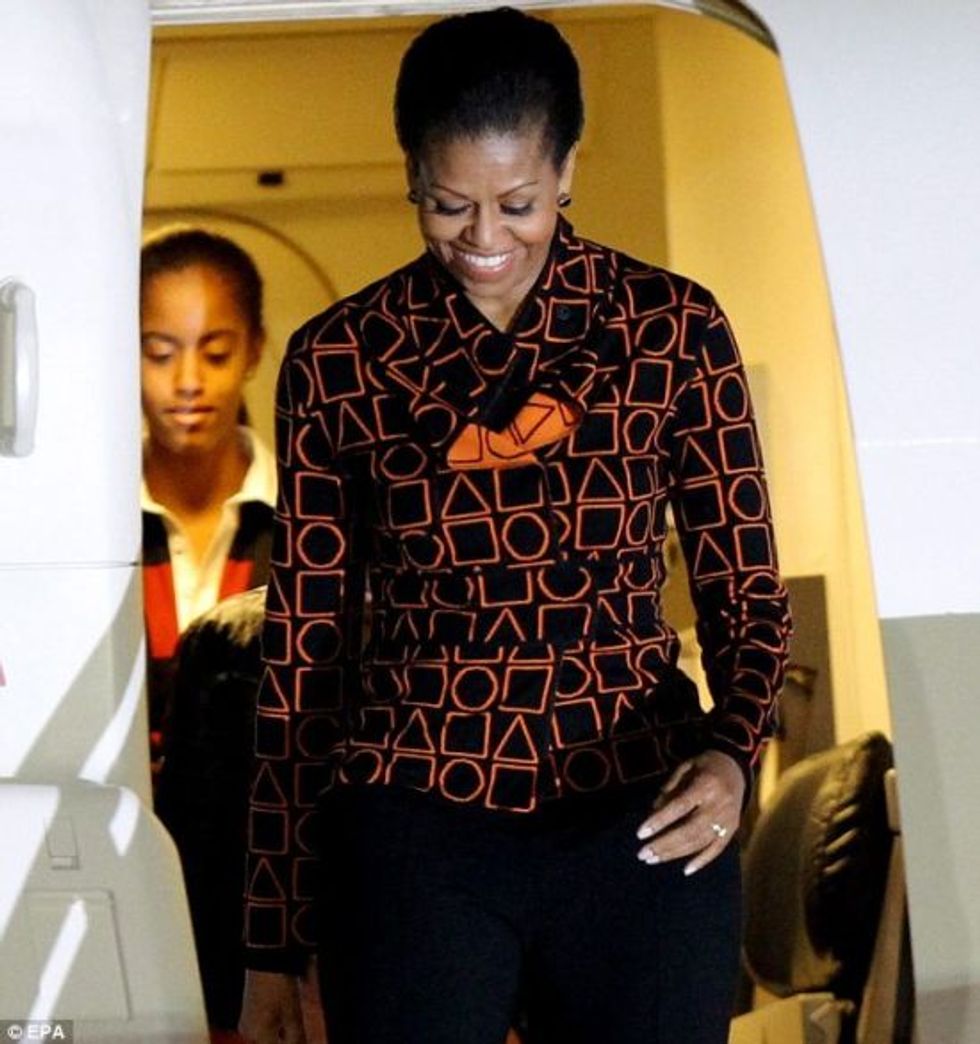 This is a gallery showcasing First lady Michelle Obama wearing fashion from Africa.

The First Lady Michelle Obama is an incredibly strong woman and a beautiful example for the youth. She plays an important role in representing the American  woman as she embodies professionalism, beauty, romance, sophistication and refinement. Michelle's role is not just on the sidelines alongside President Obama, it's much broader than that; her core message is of peace, tolerance, and harmony. The First Lady is politically engaged and an asset in the American government as she constantly calls for positive change.

On a Prêt-À-Poundo fashion side, we' d like to highlight how the First Lady excels in style and has given exposure to several African designers. The First Lady has been spotted in Mimi Plange, Duro Olowu, Maki Oh, ASOS Africa, and Osei Duro pieces on many occasions. Always glamorous, Michelle Obama has been showing fashion from Africa in a classy and trendy way on the international stage. Now, our hope is that there will a propagation of fashion from Africa on a bigger scale. Enjoy our gallery above, featuring the talented designers previously listed.