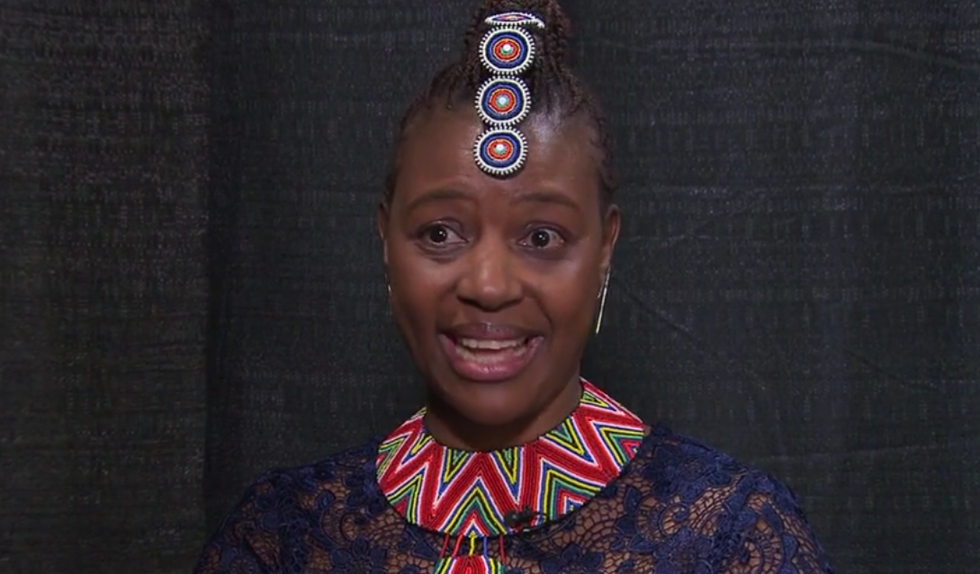 At the gathering of more than 5,000 women power players from around the world, which aimed to seed solutions to the gender inequality obstacles women have in a variety of spheres—Obama singled out Waithaka, founder of FunKidz, Africa's first brand that specializes in children’s furniture, accessories and educational tools based on African stories, sold in Kenya, Uganda and Rwanda.

After graduating with a degree in Interior Architecture from the University of Glasgow, Waithaka returned to Kenya where, in addition to FunKidz, she founded interior architecture company Amber Africa Limited for individuals, hotels and corporate entities like Coca Cola as well as a fashion house Dawn Of Creation and label Spice, which has pushed the boundaries of women's fashion in Kenya.

Through a loan funded by Goldman Sachs' 10,000 Women program, Obama explains, Waithaka has been able to double her production capacity for FunKidz, hire new employees, and start selling her products around the world.

The first lady pointed to Waithaka as an embodiment of one of the summit’s core values—entrepreneurial women who don’t just revel in their successes, but who innately understand the responsibility they have in lending a helping hand to other women and girls coming up behind them.

“She stepped up and founded a program for struggling families to teach them about innovation and technology,” the first lady tells the audience. “And she’s already reached more than 350 children.”

Just like a proud family member would, Obama enthusiastically welcomed Waithaka to the stage, giving her a warm embrace and a congratulatory pat on the back before the two powerhouses waved to the camera for a photo-op.