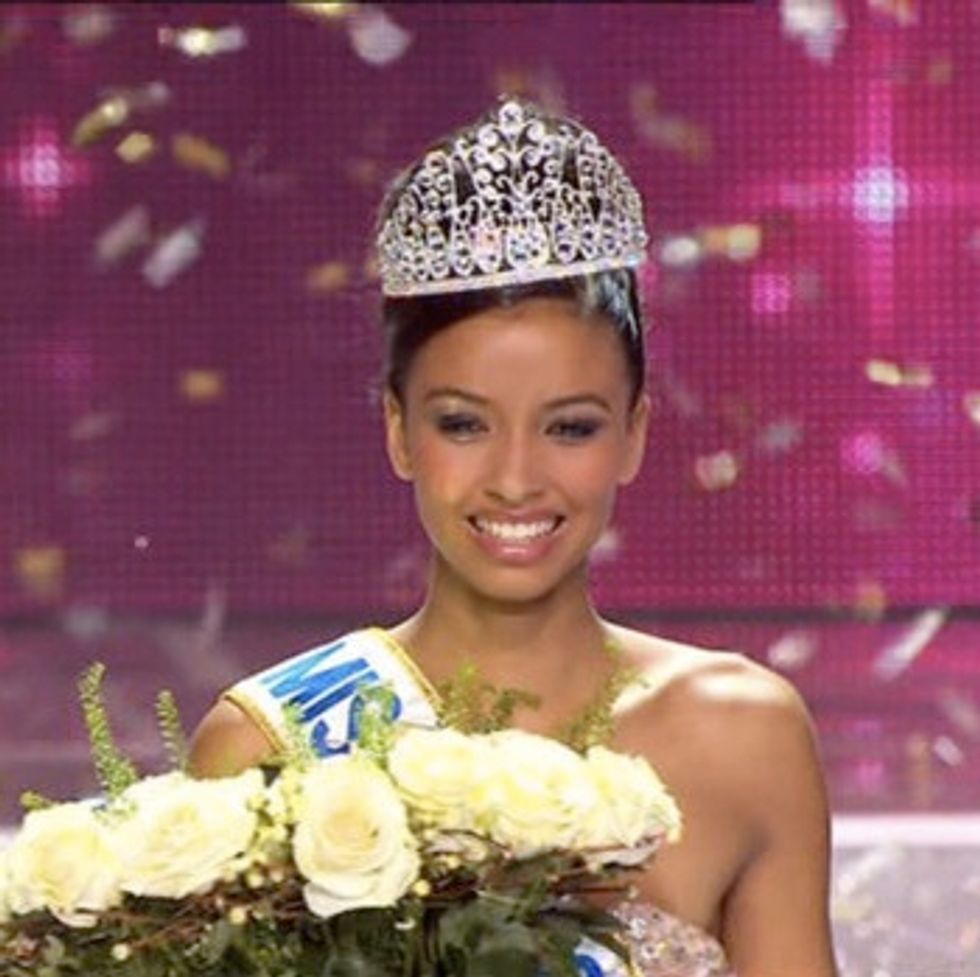 The mixed-raced winner of Miss France 2014 Florence Coquerel has brought up continuing issues of race and national identity in modern France.

Late last year, Flora Coquerel, a beautiful half-French, half-Beninese 19-year-old, was crowned Miss France 2014 in Dijon. An international business student, Coquerel conquered French people's hearts with her words — she stated a desire to represent a cosmopolite, modern France claiming that "today's France is a mixed France, where there is every culture, and I think a lot of people will see themselves in me".

Coquerel's statement came at an important time, after the country's latest racist incidents targeting French Minister of Justice Christine Taubira. Recent moves against Taubira include a far right politician comparing her to a monkeybecause of her skin tone. The events forced the United Nations to take action with Rupert Colville, spokesman for the U.N. Office of the High Commissioner for Human Rights, stating "This utterly unacceptable abuse of a prominent politician, on the basis of her color, is a stark manifestation of the rising racism, xenophobia and intolerance aimed at members of ethnic and religious minorities – as well as migrants – in many European countries." (France 24)

Last year Louis-Georges Tin, the president of CRAN (Conseil Représentatif des Associations Noires de France) noted the lack of black beauty contestants in the run for Miss France stating "The failure to represent the contemporary French population in an event such as this is obviously serious. It amounts to denying the very existence of French people of African origin." Many people expressed displeasure against the lack of Muslim contestants, as there as more than 6 million Muslims currently living in France.

Meanwhile, other crowds refused to see the new Miss France as a French citizen entirely due to her race. But if French citizens voted for her, it's because Coquerel is an accurate reflection of a mixed nation. Unfortunately, many social media users spread vile comments about her election. Some of the comments are truly offensive and leave us wondering where the boundaries lie in what can be published on social media. Despite free speech, should we allow hateful behavior on these channels? Here are some of the tweets, several of which draw from the same bigoted reasoning behind the attacks on Christiane Taubira:

"The mixed race is the cancer of the white race"@tdechampagn

"Why do we always have to have a Black Miss France? Aren't there enough in France's soccer team and enough similar to Taubira?"@John_Doe_1001

"Miss France should thank Taubira. They elected a "Miss Black" to improve the image of France following the controversy" @Vaskk

We can't tell you how to act or think but we can denounce a grave mentality that disrupts the national environment and damages a country's society. As a new year dawns, it's time for a change — boycott the haters on social media or otherwise and highlight the lovers who are spreading a positive message. Just saying. If you want to talk about it, tweet @okayafrica with #missfrance2014.