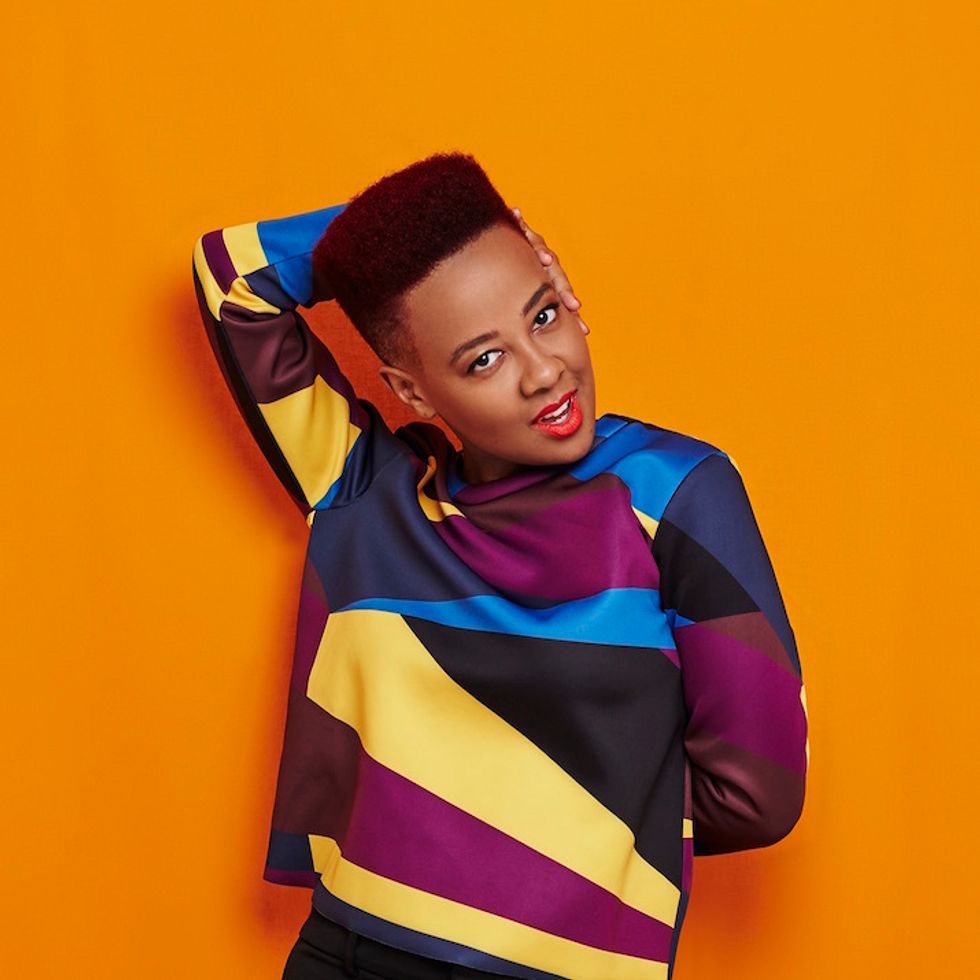 We speak with Portuguese-Angolan singer Miss Tati about her new song "Again And Again" and the challenges she faces as an artist in Norway.

Tatiana Palanca aka Miss Tati made a mark last year with her soulful pop creations and ultra smooth visuals. The Portuguese-Angolan singer now returns with “Again and Again,” a pumping house-influenced track about being “both restless and hopeful” during a night out in search of love.

Miss Tati grew up in the Portuguese city of Setúbal before moving to Bergen, Norway where she’s currently based. Her music blends the sounds of those cities—from Portuguese fado to R&B and electronic beats—into her own pop style.

Below we spoke with the rising singer about her Angolan background, the challenges of being a female musician of color living in Norway, and her new single.

Okayafrica: How have your Portuguese and Angolan backgrounds influenced your music?

Miss Tati: My Angolan roots gave me the sense of rhythm and I always let my hips choose the groove. Portuguese music like “Fado” has influenced me a bit. It’s a mixture of acoustic folk music and blues; heartfelt vocals with incredible precision. Blue notes are like a magnet to me. With all those elements in mind, I think that unconsciously led me to make R&B and soul inspired music.

What's the inspiration behind "Again and Again"? What's the song about?

The song is a collaboration with a Swedish producer, based in Norway, called Kristian Stockhaus. In our first encounter we talked about our love for house music and that's why we pretty much made this song. “Again and Again” is about being both restless and hopeful - but also quite predictable. Like when you waste hours getting ready for a night out, meanwhile thinking that tonight - tonight is THE night - only, once again, to end up at home with a take away hot dog in your bag as company.

Have you encountered any prejudices or challenges being a Portuguese-Angolan female singer in Norway?

Well not exactly as a singer, but there are some challenges: like when people or other musicians feel the need to touch my hair—it always annoys me; what am I, a pet?! Another thing that bothers me is that some people in Norway have a tendency to call African or other dark skinned people ‘negroes’ without even thinking twice. I’ve discussed with people who say they feel the right to say negro, because they never see the word as a negative thing... I don’t say it, so don’t spray it please. Another funny thing is when some Norwegian girls feel the need to turn on their “hood accent,” so they act like they’re black when they meet me and start with the “hey guuurl!” It’s hilarious!

Lastly, do you listen to any Angolan music? If so, what artists/genres?

I listen to a lot of Angolan techno (Kuduro) and traditional music like Semba and a bit of Kizomba. Artists like DJeff Afrozilla, Buraka Som Sistema, DJ Satelite, DJ Leandro Silva, Dotorado Pro, Titica and Propria Lixa. Plus music from the Angolan soul and merengue movement from the 60s & 70s and legends such as Bonga, Carlos Burity and more contemporary artists like Yuri da Cunha.