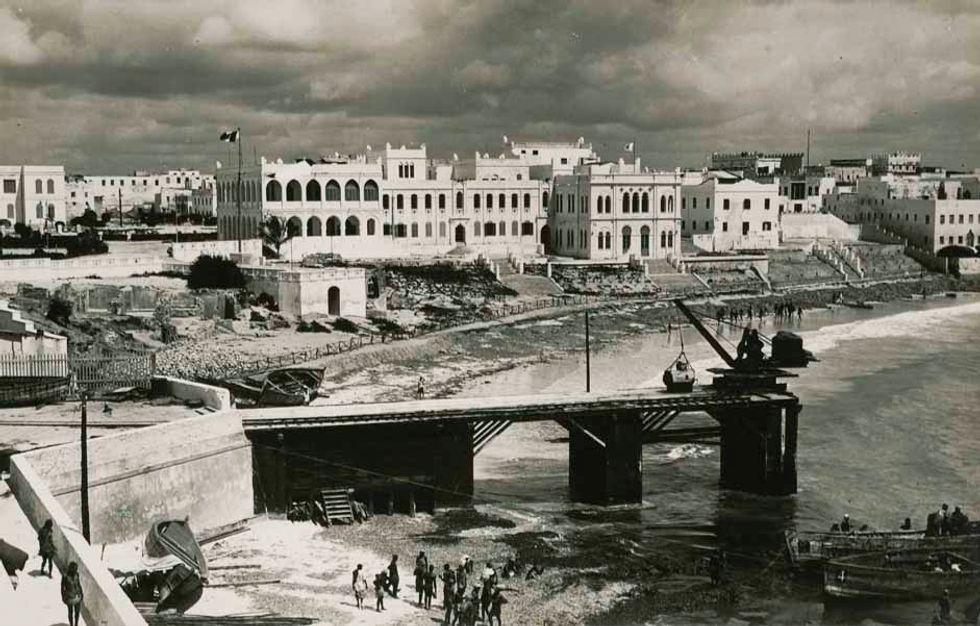 'Mogadishu – Lost Moderns' from architect Rashid Ali and photographer Andrew Cross is on display at the Mosaic Rooms in London March 7th-April 26th.

Mogadishu – Lost Moderns is the result of Somali-born/UK-based architect Rashid Ali and British photographer Andrew Cross's trip to Mogadishu in the summer of 2013. Now on display at London's Mosaic Rooms, the architectural photography series offers a narrative look at Somali and Mogadishu history through the city's architecture and urban environment. Central to the exhibit is the question of how Mogadishu was created as a modern African capital. The series juxtaposes Cross's specially specially commissioned photos alongside rare archival images documenting the city’s architecture under Italian colonial rule (the point at which Mogadishu transitioned from a "compact traditional Arab style city" into a "cosmopolitan modern African city"). Mogadishu – Lost Moderns is on display at the Mosaic Rooms in London (226 Cromwell Road) through 26 April. Entry to the exhibition is free. The Mosaic Rooms are open from 11am–6pm Tuesday to Saturday.
Popular