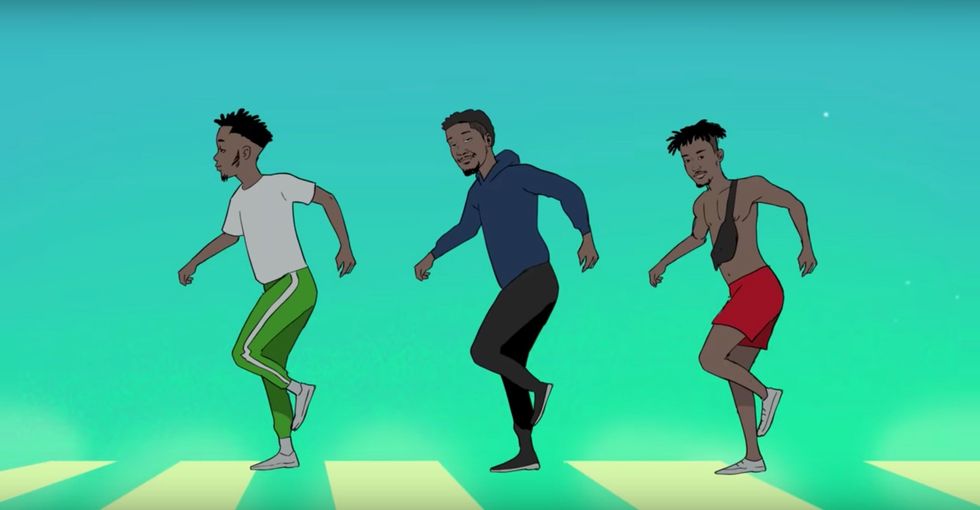 One for the dance floor.

Mr Eaziconnects with Ghanaian DJ/producer GuiltyBeatz and rapper Kwesi Arthur for this infectious new single, "Pilolo." The track is named after the dance move that's been making the rounds, which was created by Incredible Zigi, as well as the Ghanaian children's game.

"Pilolo" is released as part of Mr Eazi's emPawa initiative. It sees Eazi and Kwesi Arthur lending their vocals to a blend of afropop rhythms and electronic beats.

"It's a program where I get to fund 100 African emerging artists," the Mr Eazi told OkayAfrica in a recent interview. "We had over 20,000 entries on Instagram via the #Enpawa100 hashtag. These were simple IG videos of kids rapping, singing, doing whatever. We had to go through it and pick our favorite 100 from across Africa."

"We started to shoot videos for everyone of them except four. Some of those I already got rotation on African radio and TV. We just dropped one that went straight to #1 on the Ghana Apple Music charts, and has been trending all day."

"It's just beautiful seeing how I can give back to my ecosystem and ignite 100, 50, 10—even if it's one new artist. And it goes beyond that. We're trying to make sure we have a couple more music premieres (such as myself) coming out of Africa who are independent, global artists."

Watch the visualizer video for "Pilolo" below and grab it here.