Ms Nthabi Breaks Silence About Her Absent Baby Daddy, Heartbreak & the State of Hip-Hop in Her First Project in 6 Years 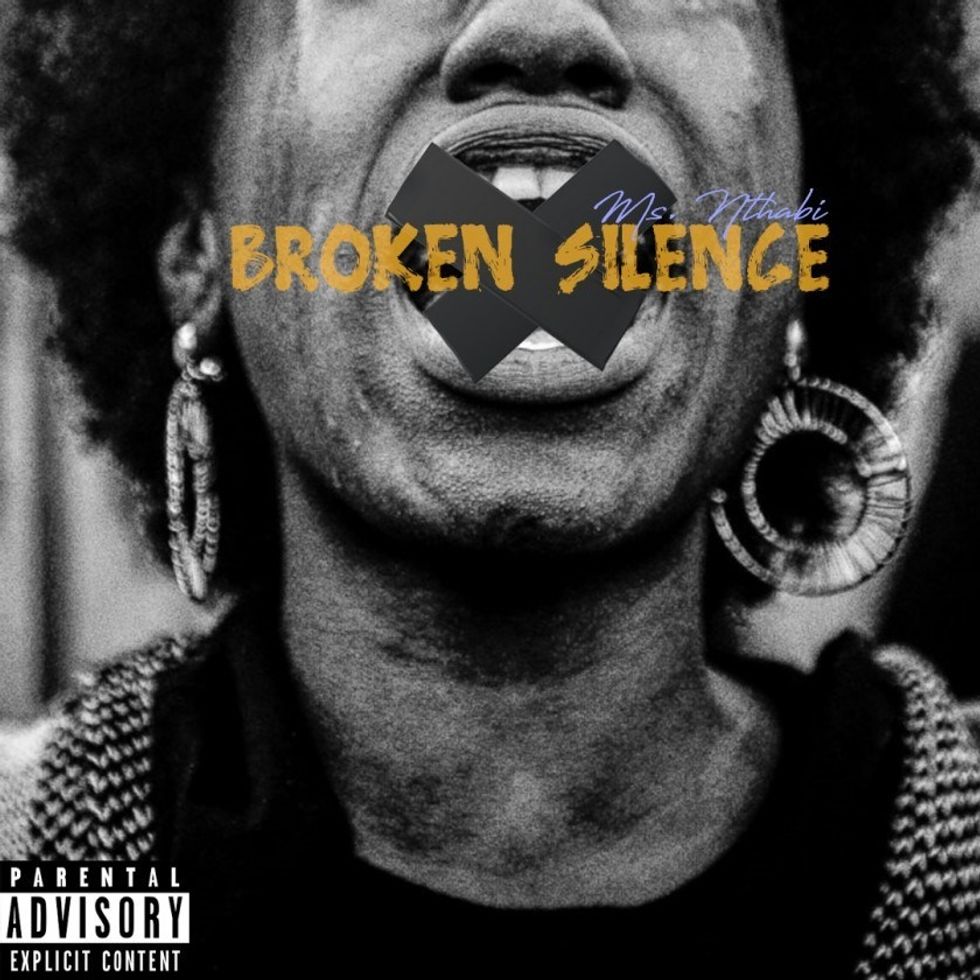 Ms Nthabi's Broken Silence EP is one of the most personal rap releases to ever come out of South Africa.

Broken Silence precedes her debut album Welcome To Me, which came out back in 2012. The MC made a name for herself in the mid-2000s—"Breathe," her collaborative song with Reason is an undebatable South African hip-hop classic. So is her mixtape From The Streets To The Lab.

While the rapper has never been shy to share the goings on of her life in her music, on Broken Silence, she shares the most intimate details, making this one of the most personal rap releases to ever come out of South Africa.

She raps about being a leftfield artist ("Waiting Game"), shares her thoughts on the current state of music ("Flip"), betrayal and heartbreak ("Love Drought," "Lost Love"), among other atrocities she's had to deal with.

The opening track, "Waiting Game," opens with a prayer, in which the MC is asking the creator to help grant her the serenity to accept things she can't change, and the courage to change those she can. Her mood is somber, she's close to tears, her voice quivers, and the piano she prays over doesn't help in keeping your own tears from flowing down your cheeks.

On the song, she raps about the pressures of being an artist who makes music that doesn't subscribe to mainstream standards. Clearly, a lot has been going down in her mind between Welcome To Me and the new project. She raps:

"Can they handle when I tell them how I really feel?/ Like how I've contemplated leaving all this shit behind/ turn my back on it, like it was never here, and never mine/ will they forgive me for the sins they never knew I did?/ I try to turn my back on this, I almost thought I was through with it/ 'cause they expect me to tone down, and I'm not doing it."

That sentiment returns on the song "Flip," in which she raps, "I'm so sick of now-now hits/ and pay-out tricks/ that money-over-talent shit/ that [?] shit/ you gotta pay-to-play-your-shit/ and say no shit, just get your check and fake that shit, come on/ I know there's somebody there for everybody/ but why is music being put out by almost anybody?"

It seems Ms Nthabi is sometimes conflicted about her gift of being a rapper. On the closing song, the EP's title track, she raps about questioning her own purpose on this earth. She questions the gospel of patience, which people always preach to her.

"Fuck your judgment, see this gift, I didn't ask for it/ I'm not the type to hear my calling and not answer it," she raps. The song is about the cognitive dissonance of being true to yourself while still wanting to be celebrated in a world that celebrates homogeneity.

On "No Fear," the MC breaks down her relationship with music—it goes deeper than fame, she instead raps for therapy, and wants her music to live forever.

It's on the second verse of "No Fear" that she lets us know she's not doing okay, she's healing from being broken, rapping: "I think about my death so much, I swear you'd think I'm dying/ and I can tell my man is getting sick of all my crying/ He tells me 'keep your head up, baby girl, don't stop trying'/ so I tell him that I'm fine, but by now he knows I'm lying to myself like I'm lying to him/ And he ain't lying when he tells me that the problem's within."

On "Flip," she raps about contemplating suicide, but dismissing that thought because she has a son to raise.

The song "Love Drought" is about betrayal. She raps about a lover who hurt her:

"I've tried every way to make you understand, you listen/ but you don't hear me because you listen to respond what's missing?/ am I too much for you? 'cause girls like me don't fuck with you/ we stay away from guys like you, but I'm here tryna ride with your shit"

On "Love Lost," she tells a story about her absent baby daddy. The song is another tearjerker. It's written in second person, and plays out as a one-way conversation. The rapper bleeds. She questions why her partner would dessert his own son and accuse her of forcing him to be a dad. She now has to answer to her son why daddy never calls. "Do you think that he'll grow up and look up to you?/ Trash my name when I'm the one who stays defending you." It's a story so familiar that it's disturbing how normalized the phenomen of deadbeat daddies has been.

Ms Nthabi, on Broken Silence, shows us the broken human being behind one of the most respected lyricists to come out South Africa. And she chose production that fits the intense subject matter—from the moody keys on "No Fear," to the roaring but suppressed bass line on "Love Drought." Broken Silence is intense both thematically and sonically, and should heal its listeners as much as it should its creator.