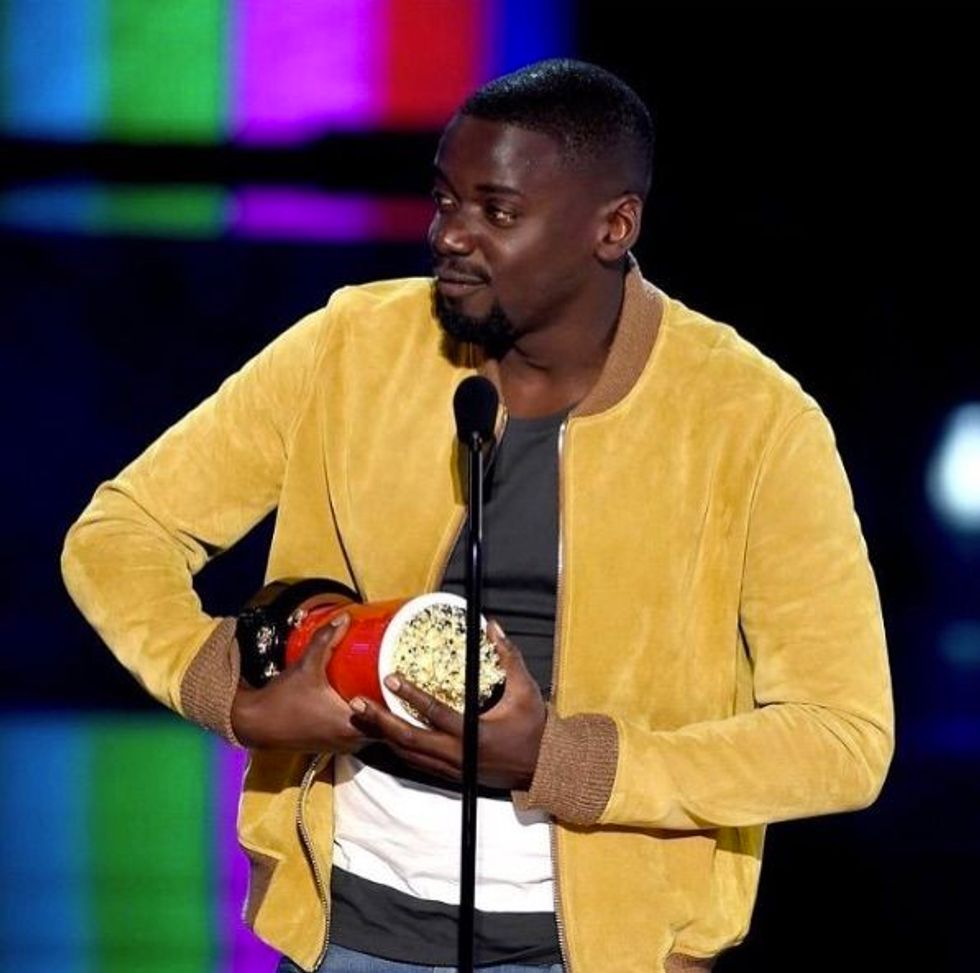 'Get Out' star Daniel Kaluuya, Issa Rae & Yvonne Orji of 'Insecure,' and Trevor Noah showed up big at the MTV Movie & TV Awards.

For 2017, the ceremony decided to get with the program and include network and streaming service TV shows into consideration for their nominations.

This year's awards were also the first ever to have genderless categories, as actors weren't separated by their sex—Taraji P. Henson, for example, competed against Hugh Jackman and Emma Watson for the Best Actor Award.

But, most important of all, several of our favorite African actors were out in full force and shining bright last night.

These weren't your usual established names either, but a group of new, young African actors, writers and directors quickly making a name for themselves in the film and TV world.

British-Ugandan actor Daniel Kaluuya, the breakout star from Jordan Peele's excellent "social thriller," Get Out, took home the Next Generation award. He was also nominated for Best Actor and Best Duo.

Get Out was the most nominated film at this year's awards and both Kaluuya and co-star Lil Rel Howery went home with awards.

American-Senegalese actress/writer/director Issa Rae and her Insecure team were nominated for two awards including Show of the Year and Next Generation. Season 1 of her Awkward Black Girl-inspired show ended too soon for us. Here's 8 reasons why we can't wait for Season 2 of Insecure.

Rae was joined that night by her Nigerian-American HBO co-star Iyvonne Orji, one of our new favorite rising stars.

Trevor Noah, the South African host of The Daily Show, took home the Best Host award this year, for which he beat the likes of John Oliver and Ellen Degeneres.