Zimbabwe Minus Mugabe is What? 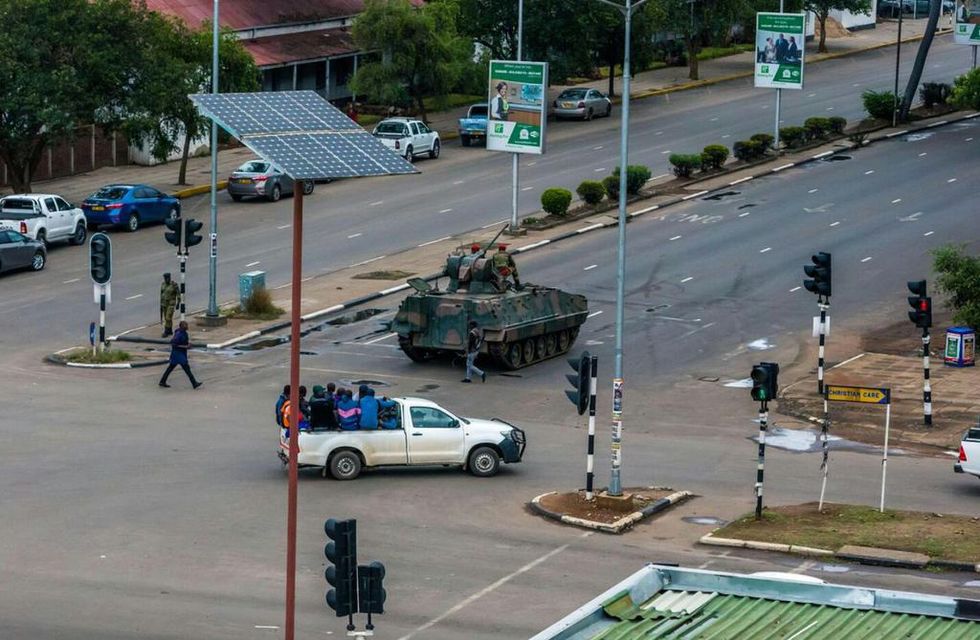 As Mugabe's reign comes to an end, we ask what's next?

Zimbabweans woke up this morning to a country forever changed. After 37 years, Robert Mugabe has, for all intents and purposes, been deposed. His wife, Grace Mugabe, the pretender to the throne, is on the run—rumor has it she's in Namibia—and the former Vice President Emmerson Mnangagwa aka "The Crocodile" has returned to lead the country.

For those who'd long dreamed about this day, the events of the last 24 hours have felt like a dream. But this is just the beginning. Will the new regime create space in Zimbabwe for opposition voices or, as often happens after a coupe d'etat, will they clamp down even harder?

Some may find it crude to point out at this time that putting Mnangagwa in charge is no guarantee of the glorious future ordinary Zimbabweans are owed. His history suggests otherwise. The head of the "Lacoste" faction within the Zimbabwean ruling party—the logo is a crocodile, get it?—he is almost certainly going to crack down hard on the opposing G40, the group of cynical opportunists that had supported Grace's ascension.

And like his former boss, Mnangagwa, 75, is a liberation war veteran and rumored to have played a role in the "Gukurahundi" an episode of brutal ethnic mass murder in the 1980s for which nobody has been held responsible. But this is not an occasion to dwell solely on the bad. Despite the popular image internationally of Zimbabwe as a closed off autocracy—a North Korea on the Zambezi—it is anything but. Harare, the capital, is a vibrant city rich with dissent and counter culture. It's now up to young Zimbabweans—relatively well educated and outward looking, many of whom are living in the diaspora—whether Zanu PF continues its control into the next decade.

For now, the streets of Harare are said to be less busy than normal, with Zimbabweans tweeting out images of soldiers and armored vehicles this morning perched at key intersections. By all accounts, things are fundamentally calm, with many people going about their business as usual. And in Zim's second city of Bulawayo, it's almost as if nothing happened, amounting to what many are calling a low-key coup. But instability has a way of perpetuating itself so fingers crossed the path forward is calm and peaceful.