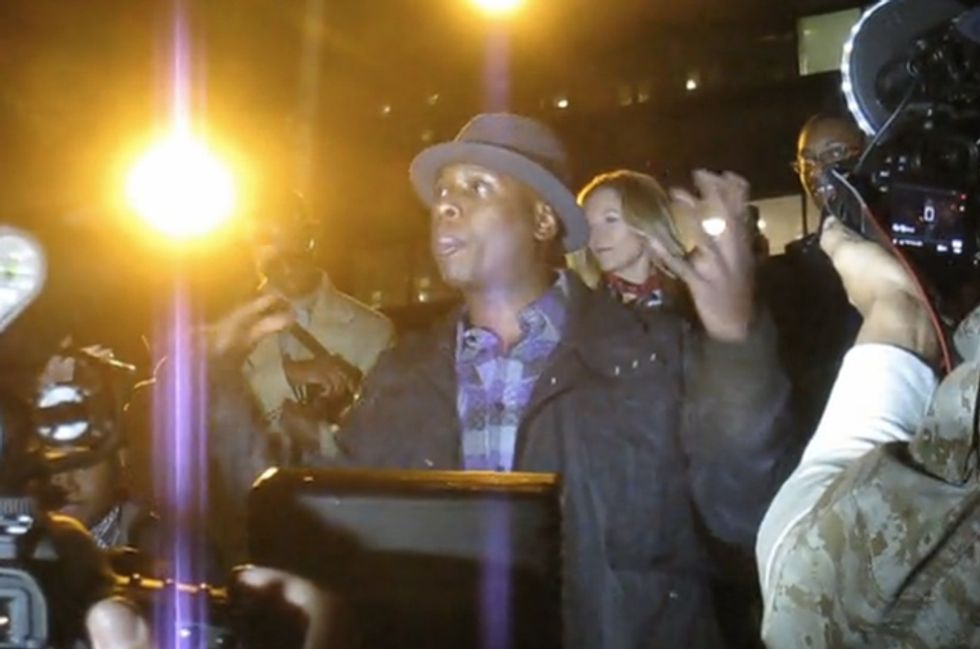 Talib Kweli joined the protesters at Occupy Wall Street last night, giving an impromptu speech and performance using the People's Mic - an awesome invention to amplify sound and spread messages after PA systems and megaphones were outlawed by New York's finest down at the protest (violators can be sent to prison for up to 30 days). To use the People's Mic, the speaker calls out "mic check! mic check!" and the crowd responds with a "mic check!" and then grows silent, waiting  for the speaker to begin. The crowd then repeats what the speaker says, sentence-by-sentence, so that everyone in the area can hear it - rippling it back to the far reaches of the park. Check it out above.

Politicaly-engaged Kweli has been on board with the protesters from the beginning, tweeting about it several times in the past few weeks - although this was his first trip down to the park. Using the People's Mic, Kweli said the following:

Kweli later added, "this is the most American thing I've seen in my lifetime. I had to come down and see it for myself, so I could tell everyone about it."

Okayafrica encourages you to get involved. More details to come soon, but for now, we can all bite Kweli, and tweet the following: "Here with the 99% #occupywallstreet.”