Trump Just Expanded the "Muslim Ban" to Include Chad 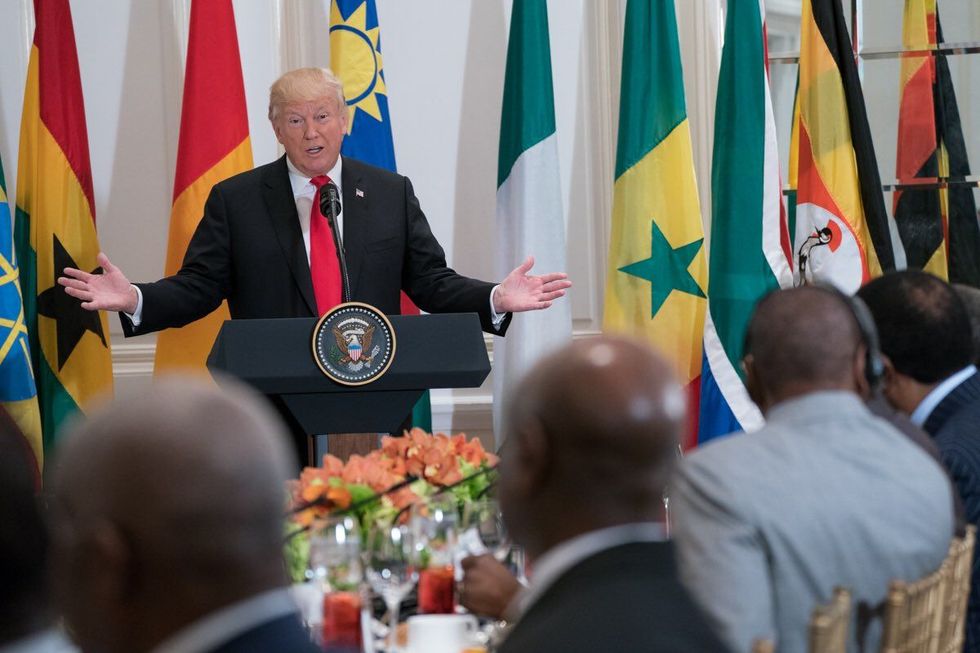 Trump expanded his highly contested Muslim ban on Sunday to include Chad, North Korea and Venezuela.

At the start of the year, the news was permeated by stories about President Trump's proposed "Muslim ban," several months later and the hasty executive order, which went into effect in January, is only expanding.

While Sudan has been removed from the list of barred countries, a third African nation has been aded to the list. Chad nationals are now subject to travel restrictions as well. North Korea and Venezuela have also been placed on the list. In a proclamation released on Sunday, Trump claimed that the additional countries lacked adequate security measures.

According to the White House, though Chad has been a "valuable counterterrorism partner of the United States," the Chadian government did not share the required anti-terrorism and public information with the U.S., resulting in the suspension of tourist visas.

"Our Nation is safer as a result of this work," said Trump in the statement. "As President, I must act to protect the security and interests of the United States and its people."

The restrictions will take effect staring October 18, but will not impact those who already hold visas. Though with the addition of North Korea and Venezuela, the ban now includes two non-majority Muslim countries, the addition of those nations does not "obfuscate the real fact that the administration's order is still a Muslim ban," as stated by the The American Civil Liberties Union.

Trump's executive order sparked mass protests across the U.S. earlier this year, and is scheduled to be reviewed by the Supreme Court next month, reports the BBC.

Making America Safe is my number one priority. We will not admit those into our country we cannot safely vet.https://t.co/KJ886okyfC