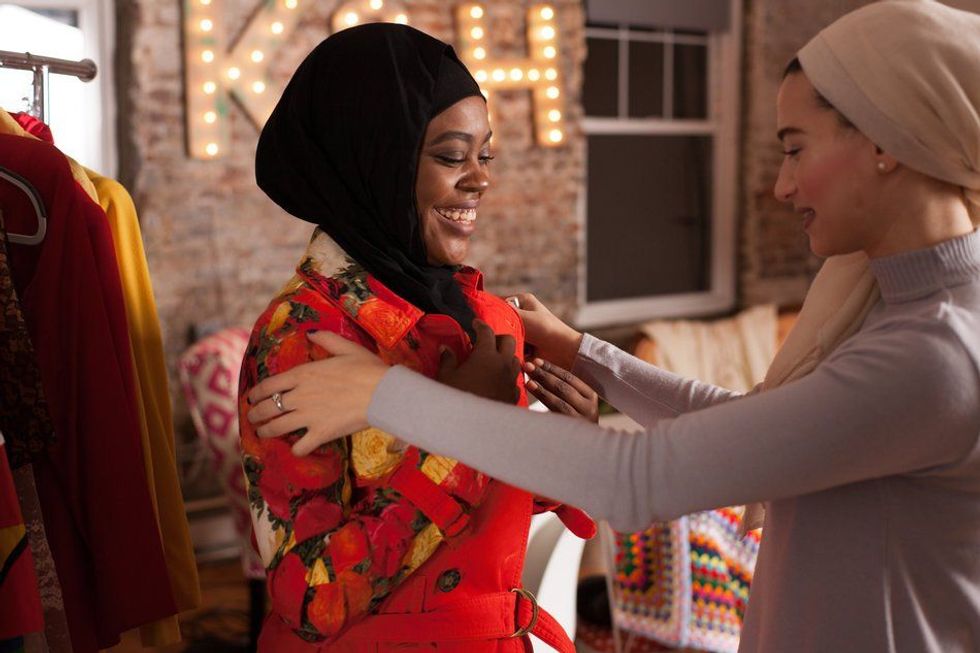 Online platform, Muslim Girl, teams up with Getty Images to produce a new collection of images that portray the vastness of female, Muslim identity.

Representation matters If you're still not convinced of this, type the words "Muslim woman" into Google. The limiting, one-dimensional depictions that will show up on your screen are what Muslim Girl—an online platform and social movement dedicated to disrupting trite, mainstream narratives about Muslim women— want to challenge with their partnership with Getty Images.

Their new stock images was created to portray the multiplicity of female, Muslim identity in a way that most online sources don't.

"These photos depict us in our natural form, featuring Muslim women from diverse backgrounds, wearing or not wearing the hijab, doing the things that we normally do. They are bright, cheerful, positive, and actually show Muslim women smiling! Gasp!" says Amani Al-Khatahtbeh, founder of Muslim Girl.

.@muslimgirl teams up with Getty Images to create a new photo collection to change the way you see #Muslim#womenhttps://t.co/z6yb8pUrAqpic.twitter.com/DT5jQ8Y28i

The first batch of photos were shot by photographer, Jenna Masoud, who teamed up with a group of fellow Muslim women to produce images that reflect the way each woman sees herself.

"Through this partnership, we’re excited to make positive imagery of Muslim women available to the public and change the depiction of Muslim women online. This is the first collection of many, as we work to vastly expand the types of body shapes, sizes, colors, backgrounds, and ages that are represented. We’re going to flood the internet and show the world who we really are."

This collection is the first step in assuring that the next time someone types "Muslim woman" into their search bar, the results are far more reflective of actual Muslim women than they are now.

Oh you thought we were done? Nah, we're working to vastly expand the collection to be even more inclusive ?https://t.co/suiboqpCaApic.twitter.com/xX4jmEZqT3