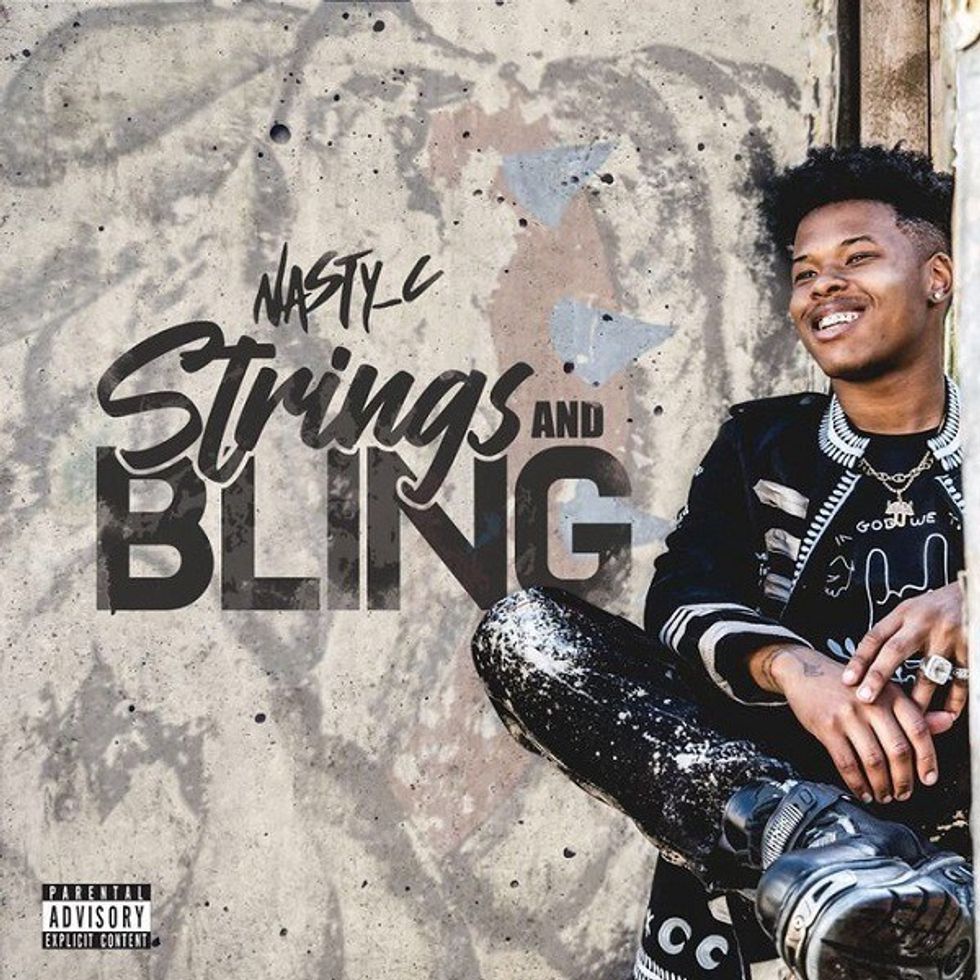 'Strings And Bling' is finally here!

Rowlene appears on "SMA," a song about a break-up. The singer also appeared on Nasty C's debut album Bad Hair, on the song "Phases," which was about a relationship, and was one of the strongest songs on the album. The two artists might as well drop a collaborative project.

On first listen, Strings And Bling is a convincing listen, it could have just done with brevity. Nasty C is a talented rapper, and on this project, he adds some melodies to his delivery, for diversity.

The rapper is a convincing lyricist and he just keeps getting better. On Strings And Bling, he packs both egocentric and personal raps, to give you a balanced body of work. He raps and sings over beats that straddle trap and boom bap.

Nasty C became a household name in 2015, after releasing the brilliant mixtape Price City, and appearing on DJ Switch's single "Way It Go," alongside lyricists YoungstaCPT and Stogie T. The remix to his breakout hit singe "Juice Back," featured Cassper Nyovest and Davido.

Strings And Bling was one of the most highly anticipated releases in South Africa, and now it's all yours to peruse, criticize and indulge.

Stream the album below: