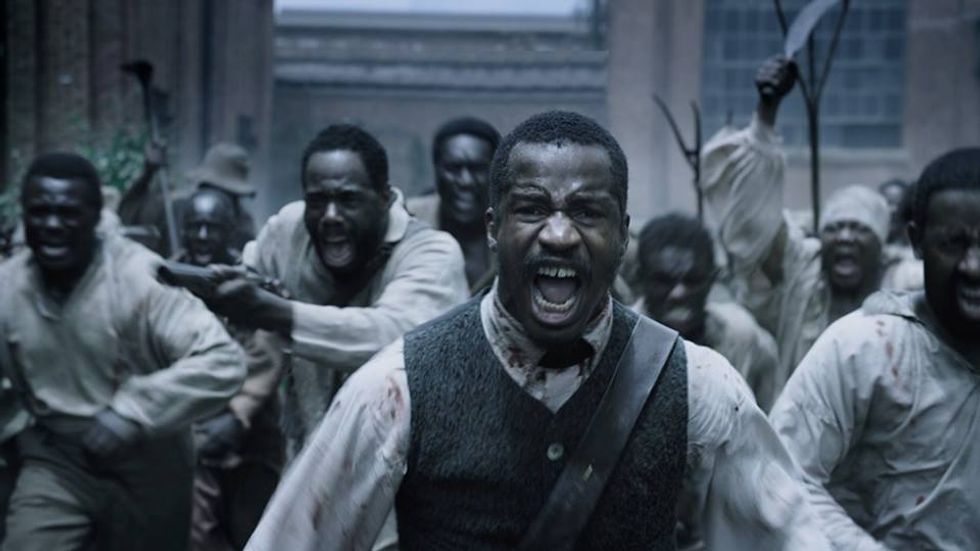 Movie-goers in Nigeria and Ghana will have a chance to see Nate Parker's 'The Birth Of A Nation' on the big screen.

Nate Parker’s The Birth Of A Nation is easily the most buzzed-about film of 2016. Written, directed and starring Parker, the antebellum period piece centers around Nat Turner and the largest slave revolt in American history. The film purposefully takes its name from D.W. Griffith's 1915 KKK propaganda film.

The talk of the town at this year’s Sundance––where it won the U.S. Grand Jury Prize: U.S. Dramatic and the Audience Award: Dramatic––the film set festival records when it was picked up for distribution for a whopping $17.5 million dollars by Fox Searchlight Pictures. The deal made it the largest purchase to come out of Sundance in festival history.

With anticipation mounting, the film is slated for an October 7, 2016 U.S. release. And now, as Shadow & Act reports, movie-goers in West Africa will have a chance to see The Birth Of A Nation on the big screen.

Twentieth Century Fox has entered into a deal with the Lagos-based theatrical film distribution company, FilmOne Distribution, that will see FilmOne release the studio’s slate of upcoming films directly to cinemas in Nigeria and Ghana.

The deal is reportedly the first of its kind in West Africa for Twentieth Century Fox. The arrangement will begin with the release of Independence Day: Resurgence in West African cinemas on July 1. In addition to The Birth Of A Nation, Ice Age: Collision Course and DreamWorks Animation’s Trolls are also part of the deal.

“Twentieth Century Fox have today made a bold statement in showcasing their interest in the growing African Film Market, of which the West African region, particularly Nigeria has become a major player,” says Kene Mkparu, group CEO and president of Filmhouse Cinemas and FilmOne Distribution. The company’s chief operations officer and executive vice-president, Moses Babatope, adds that FilmOne will market the slate with “innovative and engaging” campaigns.

Paul Higginson, Fox’s executive vice-president of international distribution (EMEA), states: “Twentieth Century Fox has always sought out new opportunities and the best distribution partners in each territory with in-depth local knowledge, and we feel that we’ve found the perfect partner in FilmOne.”