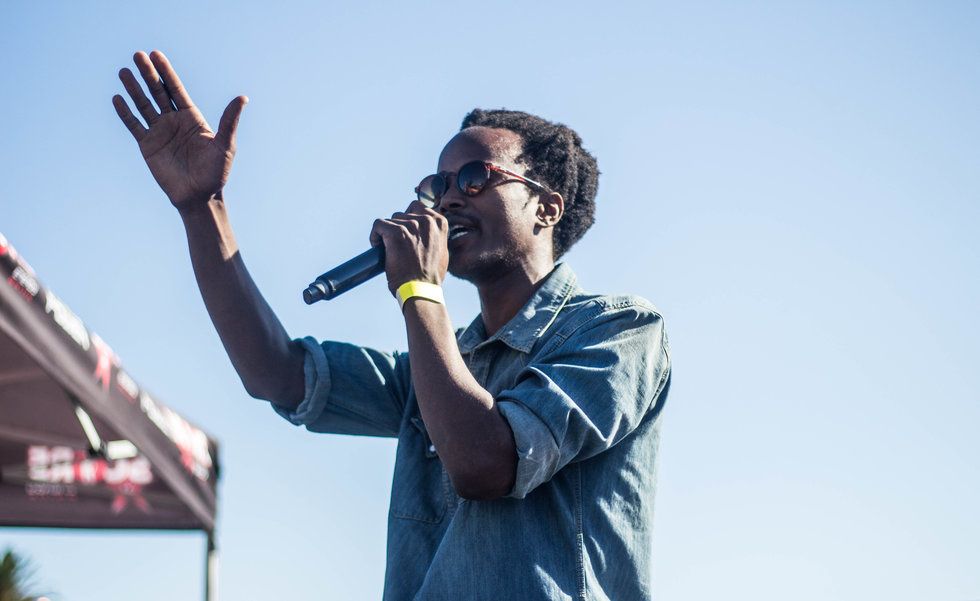 Ndlulamthi performs and breaks down some songs from his album 'Hard Livings.'

Cape Town rapper and poet Ndlulamthi recently performed a few songs from his sophomore album, the masterpiece he released last year titled Hard Livings. The MC is one of several artists who have performed in the YouTube series, Smile Sessions. The show takes the same format as similar ones, such as JR's Feel Good Live Sessions and NPR Tiny Desktop Concert, where an artist performs a selection of songs in front of an intimate audience.

Ndlulamthi gets to break down some of the songs from Hard Livings: "Gun Dubula," "Abahlali," "Late Bels Ngomgqibelo," "Diary," "Usengu Tatam." He opens the set with his niche classic "Andivoti," featuring close friend, producer and collaborator FiveSix, and closes it with the personal tune "Usengu Tatam," which is about his father.

Ndlulamthi's style of writing is layered, and the explanations he gives between songs during the set will help shed some light and give context especially to those who don't have the lived experience of being black and living in the hood in Cape Town, which is the focal point of Hard Livings. If you are educated enough to understand IsiXhosa, don't miss out on some serious food for thought.

Watch the whole performance below, and be sure to download Hard Livingshere or stream it below:

Read: How IsiXhosa Became The Official Language of Wakanda on 'Black Panther'