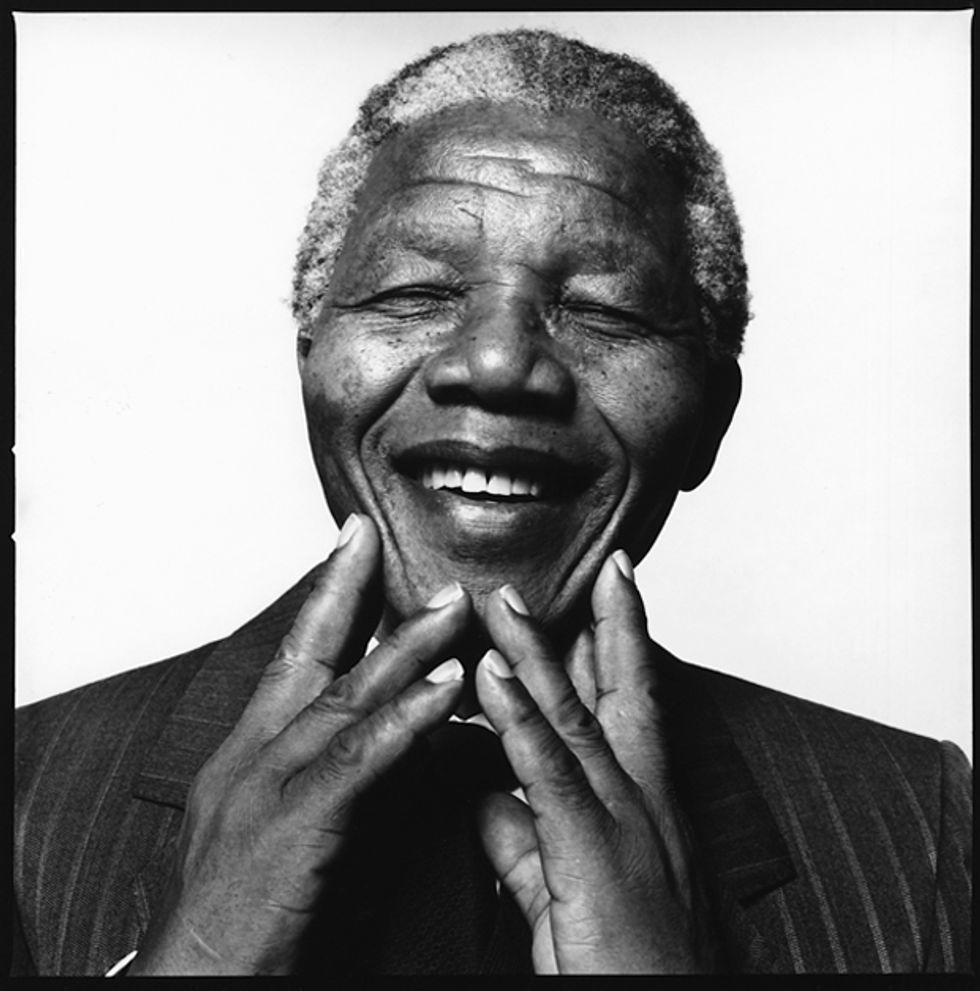 For this year's Nelson Mandela Day we asked Tshepang Ramoba, drummer of South African underground rock torchbearers BLK JKS and solo producer under the RAMBO moniker, to put together a collection of songs that commemorate the late political visionary, freedom fighter and President. Tshepang's curation comes in the form of this Mandela Day mixtape, which is precisely 67-minutes long as a nod to Mandela's 67 years spent fighting for social justice, as well as the global call to devote 67-minutes of today to "fight poverty and promote peace and reconciliation" through activism. Tshepang explains that the speech a quarter of the way through the mix thematically separates the time when Mandela was still inside (before the speech) and what was happening in South Africa when Mandela was released from prison (after the speech). He adds, "the song "Ek skyn Heilig" is a song from an Afrikaans band called Fokofpoliesiekar which means 'Fuck off police car.' They sang in Afrikaans against Afrikaners' racism. So this remix I did is exactly what Madiba fought for. It's a symbol of social cohesion." Stream and download Tshepang Ramoba's ode to Madiba in this 67-minute Mandela Day mix below.