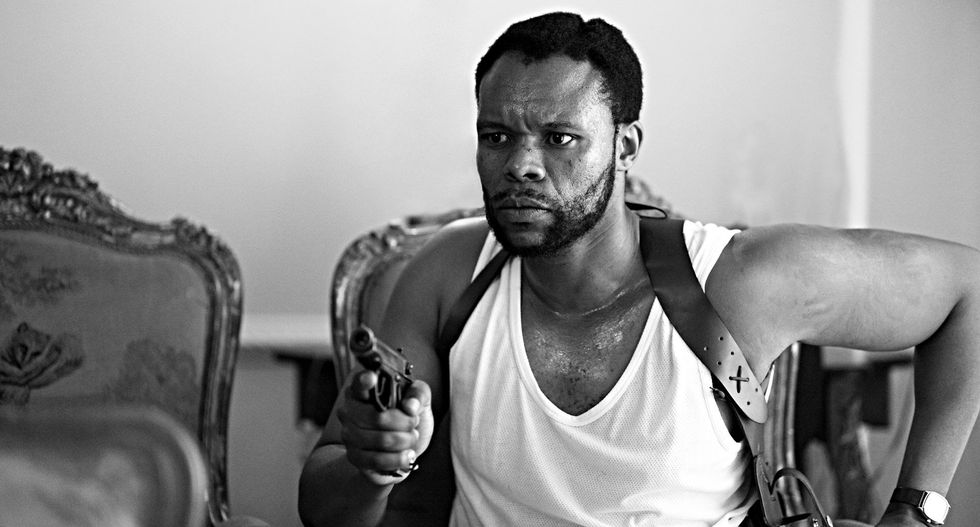 In 1962, Nelson Mandela left South Africa for military training in Algeria and Ethiopia. There, the young and radical freedom fighter is said to have received a gun (a Makarov pistol) from Ethiopian Emperor Haile Selassie. That gun, which Mandela buried upon his return to South Africa, is said to be the first weapon linked to the anti-apartheid struggle.

It’s now the focus of the latest (and most promising) high-profile Mandela biopic.

In the trailer for British director John Irvin’s Mandela’s Gun, we’re introduced to a Mandela rarely seen in film. This Mandela is the revolutionary who co-founded uMkhonto we Sizwe in the aftermath of the Sharpeville massacre.

And he’s played by someone we’ve never seen play him: a South African. Tumisho Masha is the first South African actor to star as Mandela in a major film. The entire cast is South African, for that matter.

On first watch, it’s hard to tell if Mandela’s Gun is a gripping political drama or a documentary with a bunch of talking heads. Perhaps it’s meant to be a little of both. Whatever it is, I’m intrigued. A press release refers to the film as “a unique hybrid of spy thriller and documentary” which tells the story of Mandela’s “African odyssey.”

“This is one of the last great untold stories of the Struggle,” states producer Moroba Nkawe of the South African film company DV8 Films. “It’s the story of the first weapon of the armed struggle against Apartheid – and of a Mandela who has more in common with the angry youth behind #feesmustfall than the icon of reconciliation he later became.“

“South Africans think they know the story of Nelson Mandela,” says Nkawe. “But Mandela’s Gun is going to leave audiences rethinking their view of him, more aware of South Africa’s debt to the rest of Africa, and less trusting of America, who not only refused to even meet the ANC after they were banned, let alone intervene, but kept Mandela on their terror list until 2008.”

A trailer is out today ahead of the film’s world premiere this week at the inaugural Joburg Film Festival. It screens on 28 October at The Zone at Rosebank, Johannesburg, with a second screening at Maponya Mall in Soweto on 29 October. Tickets can be booked here.