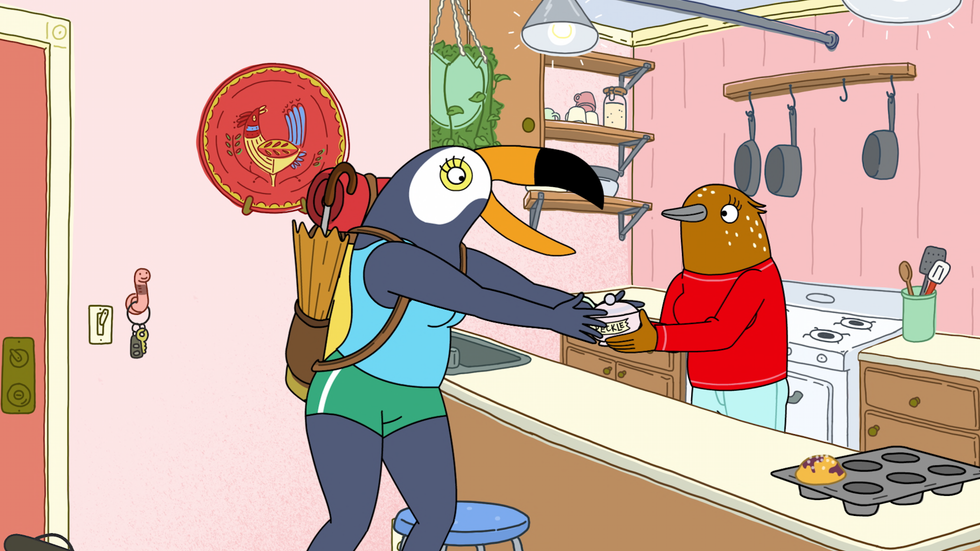 Catch the 30-something bird women duo get into some shenanigans in their technicolor animal world.

Haddish voices Tuca—a confident and care-free toucan who navigates being 30-something with her best friend and building mate, Bertie—an anxious songbird voiced by comedian Ali Wong.

In the trailer, you'll catch Tuca and Bertie's infectious dynamic as they navigate their day-to-day challenges as bird women. The duo also seems to get into some shenanigans in their technicolor animal world.

Check it out below.

Ahead of its release on Netflix on May 3, Tuca & Bertie will make its world premiere at the 2019 Tribeca Film Festival as part of its Tribeca TV program on May 1—with the co-stars as well as creator Lisa Hanawalt present.

"I saw her in Girls' Trip and fell in love with her—it was the funniest movie I'd seen in years,"Hanawalt says of Haddish in Netflix's first look video. "I watched it and was like, 'Oh my God, she's such a Tuca.'"

Tuca & Bertie was animated at ShadowMachine, with production led by The Tornante Company. Haddish and Hanawalt are executive producers alongside Raphael Bob-Waksberg, Noel Bright and Steven A. Cohen.