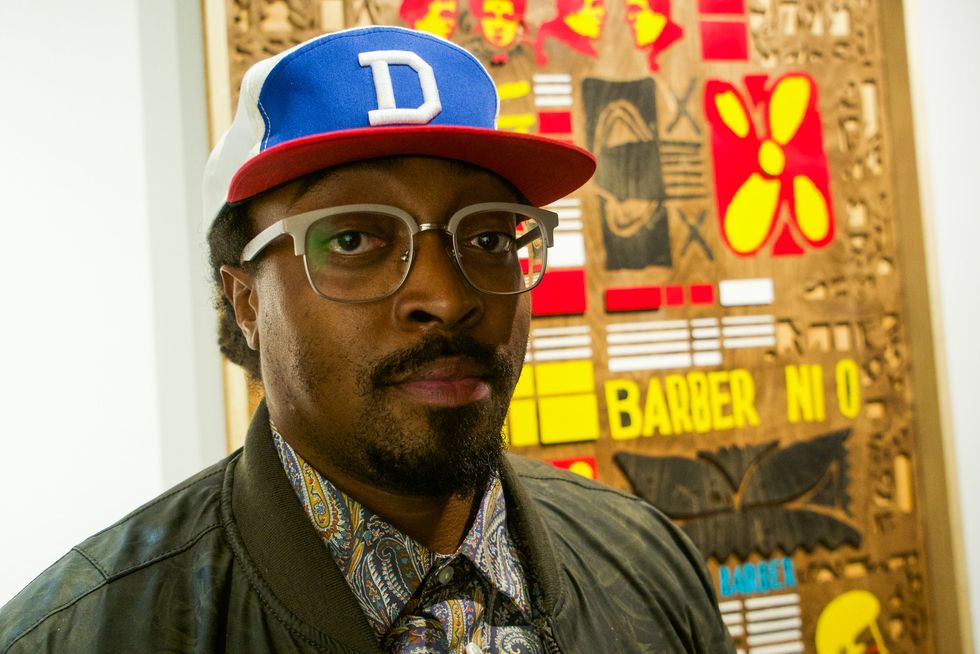 We take an in-depth look at Olalekan Jeyifous' art and how his work fuses architecture and Afrofuturist narratives to critique social issues.

In our fifth edition, we catch up with Nigerian-American artist, Olalekan Jeyifous.

So far our NextGen series, we've contemplated how Afrofuturism is articulated in visual and digital art, sculpture, music, photography and even gold. We've discussed how this movement inspires us to imagine worlds and realities that we control, whether through technology, magic, intergalactic travel or ancient African aesthetics. Yet, we haven't considered how Afrofuturism can be interpreted in the buildings and architectural structures around us.

Of course, it has been done before—Iwan Baan's alluring La Pyramide and Hotel Ivoire in Abidjan, Côte d'Ivoire are breathtaking examples—but architecture isn't the first place we'd imagine Afrofuturism, partly because it's so easy to overlook our relationships to space, shelter and structures. However, Nigerian architect and multimedia artist Olalekan "Lek" Jeyifous' constructions are awesome and exciting reminders of how meaningful our man made environments are—socially, structurally and stylistically.

Some of Lek's most fascinating creations examine society's fixation with economic statuses and how it hold us back from facing real problems that homeless and less privileged people endure. In "Shanty Megastructures," he juxtaposes mountainous, elaborate buildings against shanty towns, to show the disparity in how the rich and poor live. "The dispossessed are given prominence and visibility, albeit through a somewhat dystopian vision, which highlights that these communities often suffer from a lack of appropriate sanitation, electricity, medical services, and modern communications," he says when describing the significance of this project on his website.

In "Africa: 2081" Lek teamed up with fashion brand Ikiré Jones to produce an Afrofuturistic series that merged fashion with architecture. Men clad in colorful printed suits, dapper hats and sleek shoes strut along African cities filled with gigantic, multi-window buildings and hi-tech planes. It's a celebration of Lagos, Johannesburg and Nairobi, with a projection of what these places could evolve into in time.

A post shared by Parallel Film Collective (@parallelfilmcollective) on Aug 12, 2013 at 6:31pm PDT

Yet, the Brooklyn-based architect's most stunning edifice is "Crown Ether," a 50-foot geometric treehouse that presided over festival goers at this year's Coachella. This installation brought Afrofuturism to life, by turning a childhood playhouse into an interactive structure that reaches for the sky, while colorful lights bounce off its walls well into the night. It is the perfect dreamscape turned reality that adults, like me, who've always dreamed of being in a treehouse, can admire.

For Lek, Afrofuturism is all about utilizing what is known, or commonly believed, and challenging it with the unknown: the innovative structures he erupts from the ground up. "My artwork is strongly rooted in 'borrowed and invented narratives,'" he tells us in an email. "These narratives explore constructions of urban utopias or dystopias that deal with the interstices of architecture, emerging technologies, and culture, anchoring them with a direct relevance to contemporary social issues in ways that communicate their participation in, and alienation from the larger world."