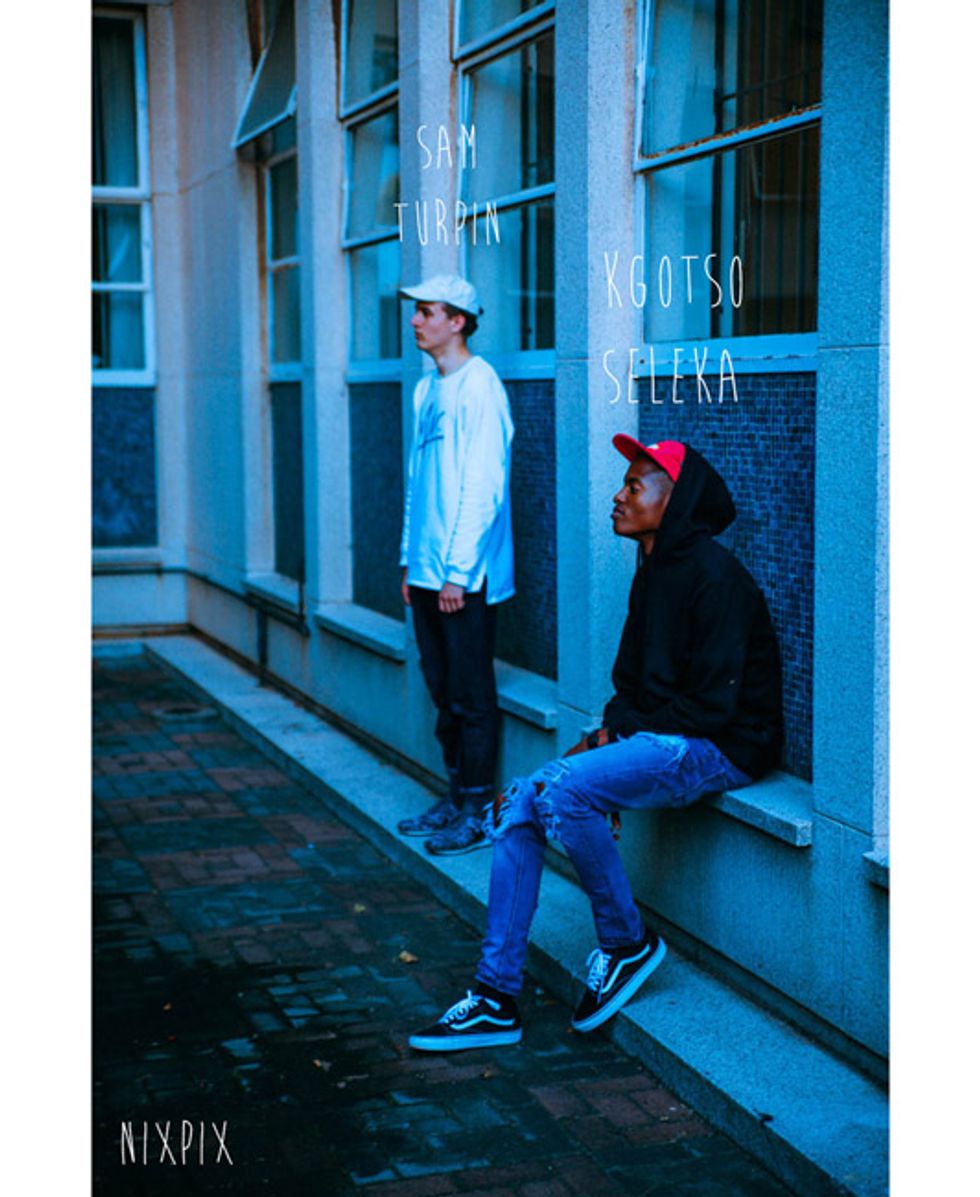 Nicholas Rawhani is a rising Johannesburg-based photographer and videographer who recently reached out to us with his slick, red-and-blue-tinted photo-story on Wits' campus. Titled Varsity Blues, the shoot follows up-and-coming emcee Sam Turpin (who teamed with DJ Spoko not too long ago) and DJ/producer Kgotso Seleka as they stroll from the east to west sides of the Joburg university. "The Piece is really about the unexpressed and inexpressible emotions that cloud us during early adulthood," says Rawhani, who himself is a second-year electrical engineering student at Wits.

"I love Wits' campus.. I really think it's a beautiful university and has plenty of nooks and crannies," Rawhani told us over email. "This fitted perfectly with the concept for the shoot - Varsity Blues. The story is all about the period of young-adulthood. It's all about uncertainty. It's about communicating that looming, inexplicable feeling that we face on a daily basis - the question of what is to become of us. And what if we fail? And we're expected to contemplate these most important and life changing questions while also learning the most important and life-changing things we'll ever learn..I just think it's such an incredible period of life. In a way I want to celebrate that looming feeling. That's Varsity Blues."

Rahwani recently made it onto the Superbalist100 of young South African creatives (you can "upvote" for him here). Follow him on Instagram and Tumblr, and check out his Varsity Blues photo-story with Sam Turpin and Kgotso Seleka above.