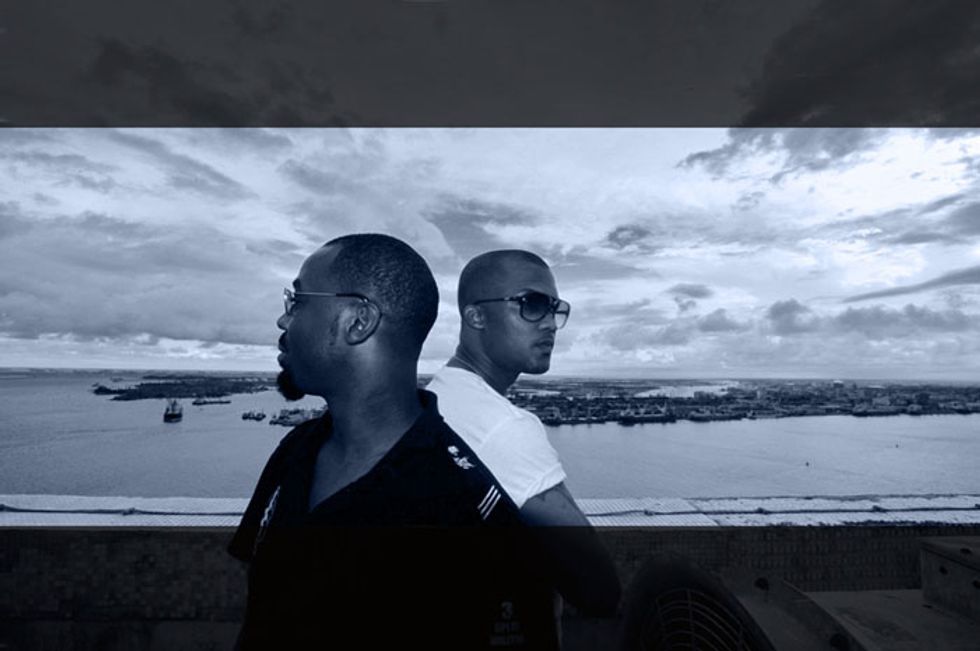 Show Dem Camp — comprised of rappers Wale Davies (Tec) and Olumide Ayeni (Ghost) — are currently working on the follow-up to their 2011 debut album The Dreamers Project, which garnered them tours on three different continents as well as a spot opening up for 2Face on his comeback UK concert. Also of note, they've recently managed to grab the attention of Nick Cannon, who endorsed the duo's latest mixtape 2 via twittter (yep, that was a name drop, a bonafide one too.)

The duo attest that their mission is to educate and entertain, Olumide (Ghosts) says, "For us, there’s so much we want to say, whether that’s pointing out political injustices or celebrating the fun and cultural flavour in Nigeria, it’s important that we represent our truth, which may surprise international listeners, but that’s what we’re here to do…broaden your horizons.”

With that being said, we look forward to more gems from this camp! 'TIl the album drops, download their Clone Wars Vol 2: The Subsidy mixtape.