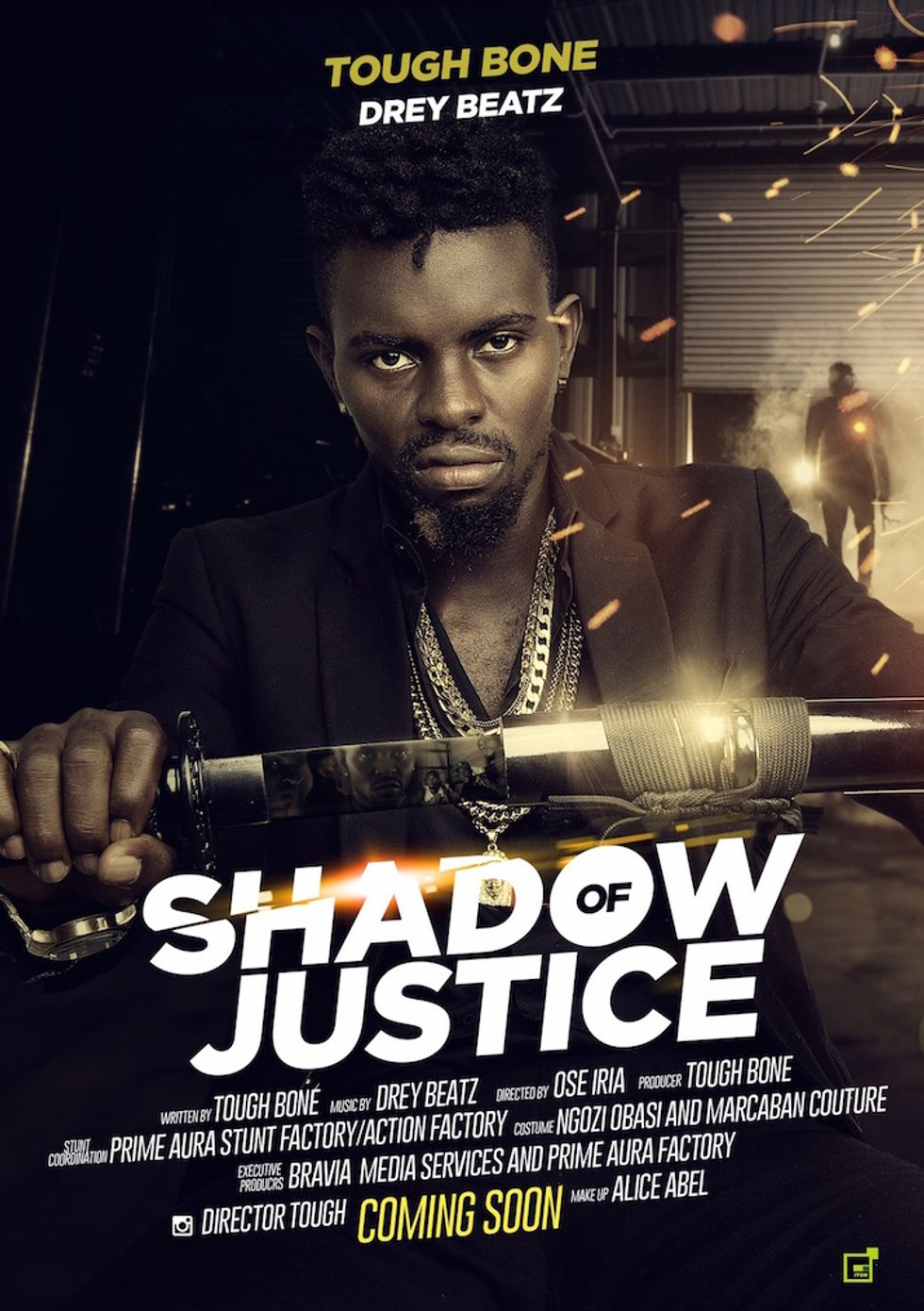 Nigerian filmmaker and Kung Fu fighter Tough Bone claims his three-minute movie is the best action flick ever created by an African.

Tough Bone in Shadow of Justice

Yesterday, I received an email from the creator of a three-minute, forty-one-second action-packed Nigerian movie. It’s the “best action film ever created by an African” the sender wrote.

It’s a ballsy move claiming to have made a continent’s greatest action movie, especially when the movie clocks in at under four minutes and is dialogue free. But wow, this thing is a beast.

The project’s writer, producer and star, Tough Bone (Odiboh Jeddy), as it turns out, is a filmmaker, martial artist, director, stuntman and actor living in Lagos. He’s also one of Nigeria’s top Kung Fu fighters. Or at least that’s what he tells us–and I don’t see any reason for us not to believe him. Nigerian producer Drey Beatz’s excellent score and South Africa-based director Ose Iria’s top-notch cinematography add to the film’s fight sequences.

Having grown up in Nigeria, Tough Bone tells us he’s seen all the action films that have been attempted by Nollywood filmmakers. “Some good ones with good directors, but the fight choreography and stunts aren’t very good.” This movie, he says, marks a break from Nollywood’s typical low-production action fare. “Shot on red and the cinematography is solid, fight sequences by real martial artists, real stunts and a nice story too. I haven't seen any other action film like this.”

And while this might not actually be Africa’s greatest action film, Shadow of Justice is still a really impressive feat.

Tough Bone hopes to adapt it into a full-length movie. He also has other story ideas to bring to light. Shadow of Justice is just the tip of the iceberg he says.

“One of my intents with this short film is to show people that it can be done in this part of the world.”

Update March 21, 2016: Tough Bone and the Shadow of Justice team are currently working on producing a full-length version of the film. Check out a brand new behind-the-scenes video of the short below.