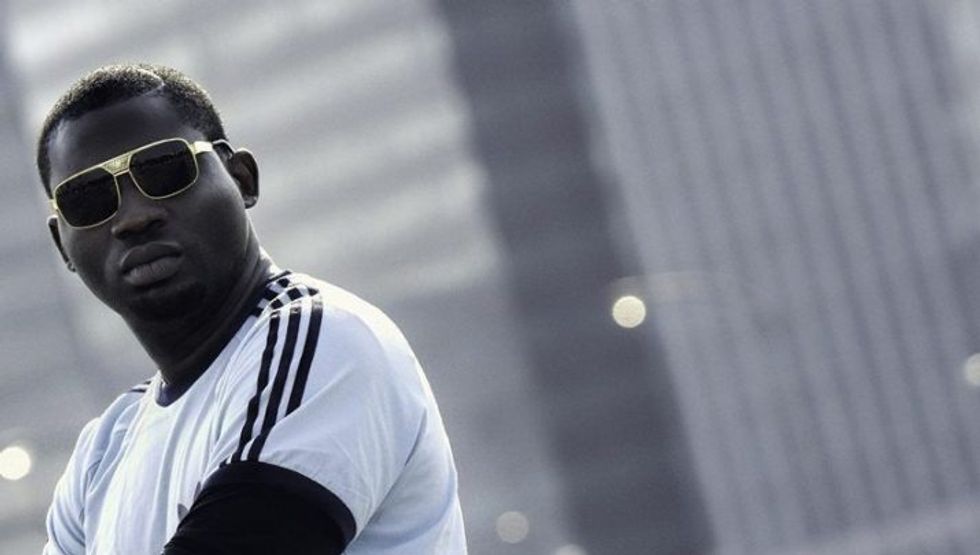 Tokyo-based, Nigerian-dancehall singer Dobolo shares the story behind his music video for "About To Blow."

You can go to any place in the world and nine times out of ten, you’ll find a Nigerian there. Seriously, we’re everywhere.

Yes, there is a Nigerian dancehall musician who lives and operates out of Japan. He’s not the only one either, according to the Edo-State native, though the contemporary African music scene isn’t exactly huge in Tokyo, there are a number of African artists living there who are working to popularize the movement in their city.

Dobolo claims that he’s “About to Blow” on his latest single, and for the culture’s sake, we hope he does. It’s delighting to know that there are artists out there spreading afrobeats vibes in places we’d least expect. It’s further proof that the Naija sound is world-wide.

Read on for our interview with the spearhead of Tokyo-based, afro-dancehall below, and watch Dobolo and friends take to the streets of Japan in the Jeremy Rubier-directed music video for “About To Blow” below.

Where in Nigeria are you from?

I am from the Agbonwoba community in the Orhionmwon local government area of Edo state, Nigeria.

How did you first get into dancehall and afrobeats? When did you start writing your own music?

I wrote my first song in 2002, then all I could do was rap. As time went by I started singing and I eventually joined my church’s choir. I grew up listening to Fela and King Sunny Ade, and I’m also a fan of 2face and P-Square. Listening to these African acts and other local and international acts helped me create my unique style of music which includes dancehall and other genres.

So, tell us, how did you end up in Tokyo?

After graduating from university, I recorded and released an album, but it didn’t sell because I had no money to promote it at that time. Then, I got a job with a bank and I was working there until my uncle gave me a chance to travel to Japan, which I quickly grabbed because I found out, after some intense research, that Japan is the second highest consumer of music in the world. I saw this as an opportunity to kick start my music career.

Is there an African music scene in Tokyo? What's it like?

There is an African music scene in Tokyo, although it is not so popular. But there are a lot of aspiring African music acts here, which means the future belongs to us.

What does the name Dobolo mean?

I formed the name Dobolo by taking the first letters of my first and last name and adding the letter 'o' to it. I formed the name because I needed a name that was easy to pronounce that sounded good to the ear.

Give us some background on "About to Blow."

The song "About To Blow" is all about my deep conviction that I have the capacity to compete with the best in the world. It expresses my determination to prove myself despite the numerous challenges I have been facing. I work in a factory and I am doing music at the same time, which is very difficult to combine. I want the world to know that we can get whatever we desire if we are ready to pay the price.

How did this video happen? How did you guys end up in low-riders cruising around Tokyo?

I met Jeremy at the Shibuya Train station in Tokyo. He was filming a scene when I met him, and I told him that I would like him to make a video for me after he showed me his previous work, which was amazing. He agreed after listening to the song. Jeremy then asked me to get in touch with the low riders of Shibuya, and I did. I met one of the low riders called Masa, he agreed to make the video with us and we were able to bring together other members of the team in addition to camera equipment and a van. We shot the video and the outcome is what the world is watching right now.

Finally, how does it feel to be a Nigerian artist living and working in Tokyo?

It feels good for me to be living and working in Tokyo. The Japanese people are very friendly, they dance to my music because it’s good. Japanese society is very safe to live in. The only challenge I face is the need to keep delivering good music, and I have the capacity to deliver it.