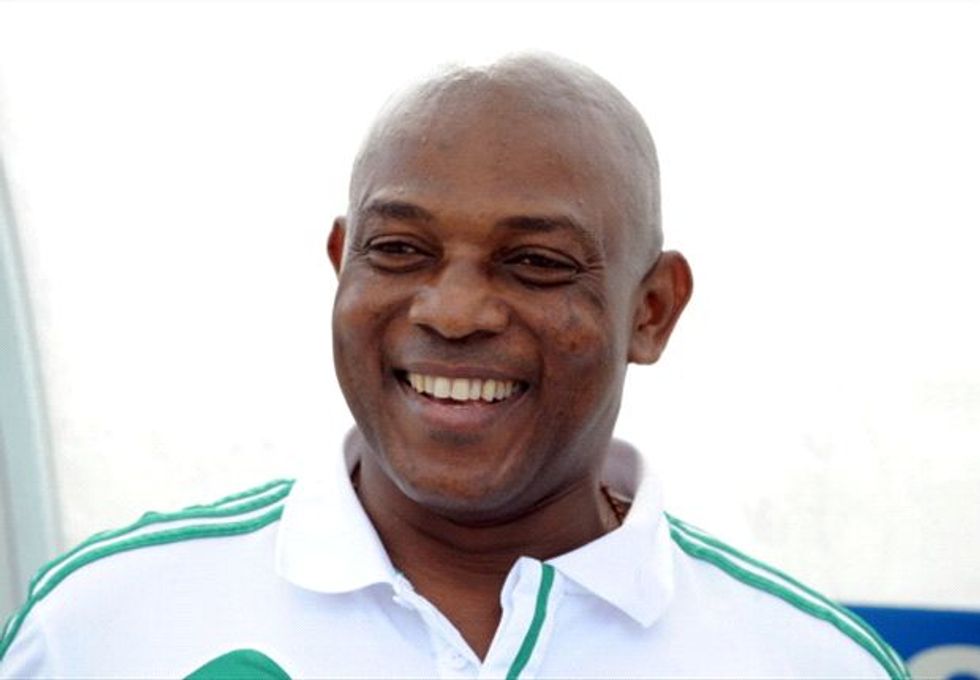 One of Nigeria’s most revered sports icons, Stephen Keshi, died suddenly of a heart attack Wednesday morning in Benin City. The former Super Eagles captain and coach was 54.

Keshi is one of only two men to win the Africa Cup of Nations as both a player and manager. In 2013 he led the Nigerian national team to victory at the Cup of Nations and the Round of 16 at the 2014 World Cup in Brazil. Keshi also had coaching stints for Togo and Mali.

More recently he was rumoured to be in the running to take over as coach of South Africa’s Orlando Pirates.

A family spokesperson, Emmanuel Ado, confirmed Keshi’s death in a statement to Premium Times. “Our son, brother, father, father-in-law, brother-in-law, has gone to be with his wife of 35 years (Nkem ), Mrs. Kate Keshi, who passed on on the 9th December 2015” Ado said. "Since her death, Keshi has been in mourning. He came back to Nigeria to be with her. He had planned to fly back today Wednesday, before he suffered a cardiac arrest. He has found rest.”

Tributes to the Nigerian football great are pouring in:

Shocking sad news of the passing of Stephen Keshi RIP we pray for his family.

Thank you for all the memories, Coach Stephen Keshi. You will be missed. Rest in Peace. #RIPKeshi#RIPBigBosspic.twitter.com/gfwxdHP4ww

Stephen Keshi has earned a state burial. Few folks have contributed to our collective happiness as he did over more than 3 decades #RIPKeshi

Stephen Keshi? Oh, l'm truly sad. He was special, representing a bridge between what was and what could be. We chose what was. Rest boss.

God Knows It All. May God Keep You Sir S. Keshi & Grant Your Family Strength ?? #StephenKeshiLivesOn

Stephen Keshi was too young to go. :-(

Stephen Keshi will be mourned all the way from here to Lome, to Bamako, to Johannesburg. Another Nigerian great gone pic.twitter.com/fyX3iA8TWI

I feel anguished waking up to the news that Stephen Keshi, former Super Eagles captain and coach has passed on.

RIP Stephen Okechukwu Keshi. Champion of Africa as Nigeria's captain in 1994 & as coach in 2013. A giant has fallen. pic.twitter.com/ws1RiGSUfP

RIP Stephen Keshi one of just two men to win the African Cup of Nations as both a player and a coach. He made Nigeria proud in '94 & 2013.

Man life is so short! My prayers go out to Nigerian Legend Stephen Keshi and his loved ones. ??❤

So so sad! Rest in Peace Stephen Keshi. #RIPKeshi