2face Is Two Faced: Fans Mock The Singer For Backing Out Of Protest 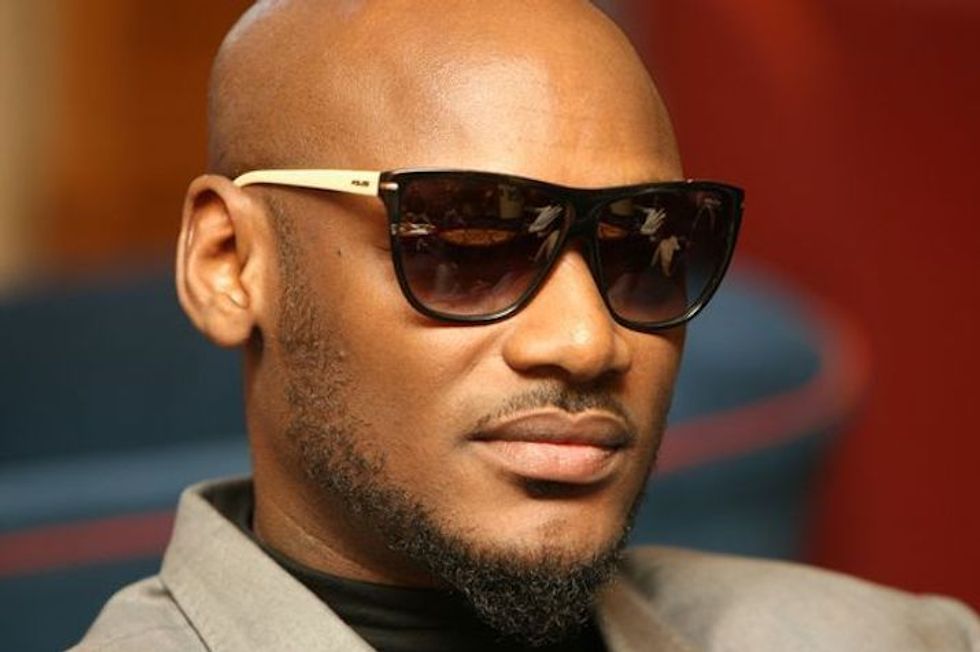 Singer 2face Idibia, faced criticism from Nigerians after canceling an anti-government protest. Many took to the streets on their own.

Nigerians--much like Americans--have had a number of reasons to protest in the past couple months. From a fluttering economy, to a president who's been on an indefinite, suspicion-raising medical leave since mid-January, Nigerian's are feeling the detrimental effects of an inefficient government, and many are rightfully fed up.

Popular Nigerian artist 2face Idibia, despite being one of the country's one percenters, appeared to be part of this dissatisfied group of people. He announced that he'd be leading an anti-government protest in a video posted on his Facebook account last Tuesday. "The need for urgent solutions to the challenges facing Nigerians has become very clear. Things are not getting better for the majority, we are still where we are, poor and desperate. I will no longer be quie," he stated.

Yesterday, he made headlines again after announcing that the protest would no longer be taking place due to possible "hijackings" and other threats to safety.

Dear Nigerians!!! Due to security concerns and public safety consideration. I hereby announce the cancellation of the planned March.

Some people weren't really here for what they believed was 2 Face being, well, two-faced. Many criticized his decision to cancel just two days before the protest was to occur, noting that he tried to act as a man of the people, but played himself as he's clearly no Fela Kuti. Others weren't with him from the start.

@2Baba010 Fela? Not quite. Never attempt/pretend to be a rebel if u ain't one. Not the leader he imagined himself to be #2face#2faceIdibiapic.twitter.com/jGZrzXpt9K

Must be ready to die if you wanna be a hero..#2face#tubaba#onevoice#annieidibiapic.twitter.com/uvc0qPBu6x

#2Face literally means double face, double tongue so he can snitch on you at anytime #IStandWithNigeria#OneVoiceNigeria

While some thought it better to not dwell on 2face and to proceed with the protest with or without him, noting that despite his prominence, he too is not above folding to government pressure, which speaks more to the unquestioned power of the government than to 2face's character.

#Retweet#2faceIdibia#News Without 2face, Protest Must Still Go On - Enough Is Enough Group Says https://t.co/oBIWiLI4fX via @lasgidionlinepic.twitter.com/BnTeGsjTV7

Protests did go on without him. Hundreds of Nigerians took to the streets of Lagos to demonstrate, and many are showing support on social media with the hashtag #iStandWithNigeria.

It is really scary how accurate all these placards are... #iStandWithNigeriapic.twitter.com/1rClaFnSbd

Print all In new window I stand with Nigeria/ One voice protest Rally Protest Rally held in Lagos pictures - ... pic.twitter.com/Jz9UPlaRSx

These demonstrations go to show that it isn't up to someone with "status" or wealth to stir up political dissent, the people can do that all on their own, and they will.

Whether #2faceIdibia retreated or not, the idea of staging a protest has been successfully sown and it's spreading like wildfire.